What Fruits Can Llamas Eat?

Llamas are pretty interesting animals and they are becoming more and more popular for people to own.

They’re quite simple, eat less than most other farm animals, and are very smart – which makes it easy to train them.

Still, to keep your llamas healthy, it’s essential to learn more about their diet like what they usually eat and which fruits you can give them.

All this factors in to how much it can cost to own a llama.

What Do Llamas Usually Eat?

Llamas are herbivores, so the main part of their diet is vegetation such as grass and various other plants they find on their way.

Depending on the season, the grass can be both fresh and made into hay.

You can mix various legumes and grasses so your llama can choose what it likes better.

Their general diet is very similar to what you would feed to cows or goats but llamas consume approximately 25% less food than cows.

The minimum amount of grass they eat on a daily basis should be around 1-1.3 % of their body weight.

Of course, if your llama is pregnant, nursing, or is still growing, increase the amounts.

You may also want to check on this link for more information.

Is It Good For Llamas To Eat Fruits?

Even though they get most of the needed nutrients while grazing on grass, you can give them an occasional treat of fruits or vegetables.

Try not to include it in their everyday diet, however, since higher amounts of sugar from the fruit may cause certain discomforts such as bloating or other digestive issues.

Be sure you appropriately slice the food that you feed to your llamas.

Since they only have bottom teeth, their treats should be broken up into small chunks so that they don’t choke.

While there are specific fruits you should not feed to your llamas, there are several fruits that they are good for them that they will enjoy.

So, What Fruits Can Llamas Eat?

Apples are an excellent choice commonly used as a supplement to their diet.

They are high in vitamins, various antioxidants, and fiber – plus, we’re talking about a great immunity booster here.

Despite the fact our list of recommended treats is rather safe, if you’re hesitating with some types of fruits, stick to apples – they are the safest and most popular fruit for llamas.

Aside from apples, pineapples are the next fruit most commonly given to llamas.

This delicious supplement, as with all fruits on our list, should be given in moderate amounts.

Coupled with that, don’t forget to cut it into small pieces to prevent choking.

Bananas are another quite safe delicacy to llamas. It’s rather neutral and packed with valuable nutrients.

It can have a positive effect on digestive health and is easy to chew.

Considering their lack of upper teeth, this can certainly make treat-feeding easier.

Strawberries are another tasty and safe supplement you can add to the llama’s diet.

Stick to smaller amounts and make sure they have enough water during the feeding.

This will reduce the possibility of choking and helps them digest their food properly.

Feel free to give your llamas pears, too!

If you are concerned some fruits might have a negative impact on their overall health, try with smaller amounts for 1-2 days to determine if there are any reactions to it.

If everything’s okay and the llama enjoyed the fruit, treat them with a couple of pear slices from time to time.

Llamas’ digestive systems are a little bit slower than some other farm animals. Because of that, they should get high-quality food packed with valuable nutrients.

They get most of the valuable substances from their mainly grassy meals, but occasionally treating them with tasty fruits such as peaches will help round out their diet.

They are an excellent source of vitamins and fiber – elements quite important for good digestion.

Here’s another tasty yet refreshing fruit treat your animals will love.

As with other fruits, pay attention to break watermelon into smaller pieces in order to avoid choking.

Another thing you can keep in mind – separate your llamas while they eat.

Generally speaking, llamas are quite social animals and like to spend time with their herd.

When you separate them while giving treats, they can eat at their own pace, without having to compete with the rest of the group.

Llamas are animals that know their limits pretty well. If you try to feed it too much, your llama may simply lie down and refuse to move.

That’s another reason why you should feed it with fruits in small amounts – and blackberries are another type of fruit they will enjoy as a treat.

What Vegetables Can Llamas Eat?

Carrots, broccoli, pumpkin, celery – these are all veggies you can give to your llama without any fear.

Vegetables are also a good to feed to your llamas, but only as an occasional treat.

Llamas have their main diet, and all other supplements should be added moderately so as not to interrupt their everyday menu.

So, there’s a large fruit list llamas can eat – but, there are a couple they can’t eat too.

Some types of fruit may cause potential health issues or even cause death, so keep llamas away from them and the plants or trees that grow them.

Not only can these types of fruit do harm, but leaves from black cherry trees can also be quite toxic for them.

Another important thing to remember is not to give them too much copper.

That’s a substance that can also get quite poisonous for them, especially in large amounts.

How Expensive It Is to Feed Llamas?

Llamas are great animals that will easily fit into your farm.

They are rather social which is why they’ll agree well with other animals such as sheep or cows.

As a matter of fact, they’ve been used as guard animals for livestock in North America since the 1980s.

They can be excellent and quite effective guards with almost no training included. In addition to that, they are really smart and easy to train.

Their average lifespan is approximately 20 years, considering some live only 15 years, while others tend to live for 30 years.

It’s impossible to set the cost of owning a llama in exact numbers, but it’s definitely going to be cheaper than feeding horses or cows.

Having a grass pasture can certainly lower your costs; three llamas can graze on just one acre of pasture without any additional food needed.

All in all – when it comes to feeding llamas, mainly stick to hay and grass.

However, you can provide them with an occasional treat such as a couple of slices of some tasty fruits or vegetables.

Llamas are certainly not picky eaters, so they’ll probably accept all delicacies you’ve prepared for them.

Still, keep in mind too much sugar can lead to potential health issues so keep it moderate. 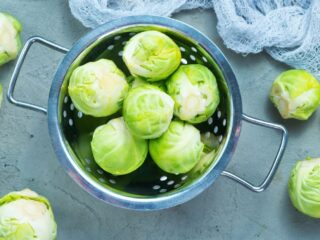 How Much Does a Brussel Sprout Weigh?
← Read Last Post 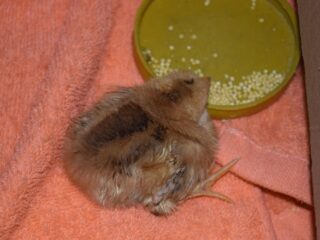 11 Reasons Your Baby Chick May Be Sick (with Symptoms)
Read Next Post →
Click here to cancel reply.