What Do Llamas Eat?

Llamas have effectively cemented their place in popular culture in the past couple of years, but did you know that they make excellent farm animals? Many people still think of them a high maintenance exotic animals, but they actually eat many of the same things that goats and cows do.

Llamas eat forage and vegetation including grass, hay, plants, and shrubbery. On average, they eat about 25% less than cows and they can easily survive and thrive on good quality pastures. Some llamas enjoy treats and they will eat, but their main source of energy comes from forage.

If you are considering adding llamas to your farm or if you already have, it is important that you learn all the basic information about llamas and what they eat.

Maybe the thought has never crossed your mind, but you may consider it after you learn more about these camelids and how easy they are to feed. It is important to make sure you know how to keep their diets balanced to keep them happy and healthy.

What do llamas eat?

Llamas are herbivores, which means that the vast majority of their diet is vegetation like grass and various plants. They do not eat the meat of other animals and their bodies are not designed to process meat effectively.

Llamas are not extremely picky eaters and will eat shrubbery and other less ideal vegetation to survive in dry climates. They will eat hay, grain, some fruit, and fresh veggies like carrots and broccoli.

As llamas have become more commonplace on farms across the country, some companies have designed specially formulated grain to help feed domesticated camelids like llamas and alpacas.

Llamas need to consume 1 to 1.3% of their body weight in quality dry matter like hay and grass daily. This should be the minimum amount fed daily and more dry matter, or forage, should be fed if the llama needs to gain weight, is still growing or is pregnant or nursing.

Llamas require forage to provide the fiber and nutrients they need to keep their digestive system working properly. Appropriate forage for llamas includes timothy, fescue, and orchard grass as well as legumes such as alfalfa and clover.

The grass can be fresh or made into hay. It is recommended provide a mixed variety of grasses and legumes so that the llamas can be more selective. (source)

Llamas can be fed grain to help supplement their hay and grass intake, but it is not required. You should be selective when choosing a grain for your llama and make sure it is made especially for camelids.

Grain cannot be feed alone and should not make up the majority of a llama’s diet. Grain does not contain high amounts of fiber, so forage is still needed, as well as mineral supplements. It can, however, help to add protein to your llama’s diet, something it may need if it is being used for packing, it is pregnant and or it is nursing a baby llama (called a cria).

If you decide to add grain to your llama’s diet, you can reduce their daily forage intake to account for the added grain. (source)

Mineral supplements are a vital part of a llama’s diet and it can help your herd if you discover that their hay or grass is lacking in the quality department. It can be added to your herd’s normal feed or it can be given as a free-choice mineral.

Grains usually are low in calcium and you will need to make sure you add a calcium supplement to their daily meals. As Pennsylvania State University tells us, llamas also need dietary copper in their diet, especially if you want their hair to be in the best shape possible.

It is important, however, to make sure that llamas are not given too much copper in their diet because it can be toxic.

Sodium and chloride, the nutrients found in salt, are vital to the health of most animals including llamas. Salt helps llamas to maintain their organ and muscle function.

It is recommended that llamas receive a salt intake of at least .25% of their daily dry matter consumption. Grass, hay, and grain contain small amounts of salt, but nowhere near the amount of salt, they need a day.

Therefore, is it important to always provide free-choice salt for llamas in the form of a salt block or loose salt minerals. Free choice salt allows your llamas to consume the salt their body needs, something they will naturally do if the salt is available.

Llamas enjoy treats but as with all animals, any treat should be fed only in moderation. A number of llamas like to eat treat like carrots, apples, sweet potatoes, raisin, broccoli, and bananas.

What do llamas eat in the wild?

Unfortunately, llamas are no longer found in the wild. (source) Originating in South America, llamas lived in the Andes mountain for many years before becoming domesticated.

They lived off the grass, vegetation, various plants, and shrubbery. In the wild, llamas would not have any access to processed foods like grain and would survive by eating whatever vegetation and forage they could find.

How much should llamas be fed?

According to the University of Tennessee, llamas need of 1 – 1.3% of their body weight in forage each day to maintain their weight and remain active. This percentage is based on “dry matter” which means if they are eating pasture, they’ll need more feed.

Llamas eat about 25% less than animals like cows, which makes them more ideal for farms with smaller acreages.

Their digestive system works more slowly than other farm animals and because of that, it is imperative that the food provided is high quality and contains substantial amounts of nutrients.

While forage should comprise the bulk of a llama’s daily meals, grain can be fed as a supplement when less forage is available.

Here is a chart with some basic feeding guidelines for a 150 lb adult llama who is not lactating:

Like horses, llamas can potentially choke from eating too much grain too quickly and from not drinking enough water. The quick intake and the consistency of the grain can cause it to become impacted in a llama’s throat. (source)

1. Separate them during feeding time

You can prevent potential choking by feeding your llamas their daily grain separately from one another. This allows them to eat at their own pace instead of trying to compete with other llamas.

2. Layer their grain between hay

You can also layer their grain with hay, to force them to eat more slowly. They will have to hunt for the grain within the hay instead of eating it in mouthfuls at a time.

3. Feed llamas in a shallow trough or container.

Another option is to put the llama’s grain in a shallow bowl or trough instead of a smaller, deeper bowl. This also limits the llama’s ability to eat large amounts of grain at one time.

4. Make sure they have plenty of water.

Always make sure that you llamas have adequate access to water while they are eating to prevent food impaction within their throat.

If your llama is overweight, they will not need the additional protein, but alfalfa can be beneficial to underweight or pregnant llamas.

How much does it cost to feed a llama?

While it is impossible to determine an exact cost of owning a llama, it will be noticeably less than the cost of feeding a cow or horse. If you have a grass pasture, the cost to feed a llama will be relatively low.

Three llamas can comfortably graze on a single acre of good pasture without the need for additional feed.  If you need to provide hay and grain to supplement limited grass, especially during winter months, then the cost will go up.

A llama eating hay will need between 1.5 to 3.3 pounds of hay per day depending on the type of hay and the llama’s weight and age.

Hay costs vary depending on location and quality, but it can range from $3 to $12 or more per 50- pound bale.

As a general estimate, a single llama will eat between 50 – 75 pounds of hay per month. Hay costs vary based on the type of hay as well as from region to region.

Expect to pay between $8 – $15 per month to feed one average adult llama including hay and essential supplements like salt.

Grain created especially for llamas often costs between $30 and $70 per 50-pound bag, depending on where you buy it. A 50-pound bag of grain will last one llama about 50 days if you feed one pound per day.

What not to feed llamas

Grain or other feed developed specifically for horses should not be fed to llamas. Horse feed can be high in copper, a mineral that can be toxic for llamas when consumed in high amounts. (source)

Sweet feeds should also be avoided because the high sugar content can cause digestive issues in llamas. The best rule of thumb is to only feed your llamas natural forage, vegetation, and fruits as well as grains made especially for camelids.

Llamas are relatively easy keepers and do not require a lot of work or money if you have at least an acre or two of high-quality pasture. Even if your pasture is lacking, you can easily supplement a llama’s diet to keep your herd thriving on your property. It is even true that llamas are cheaper to fed on average than other farm animals like horses and cows! 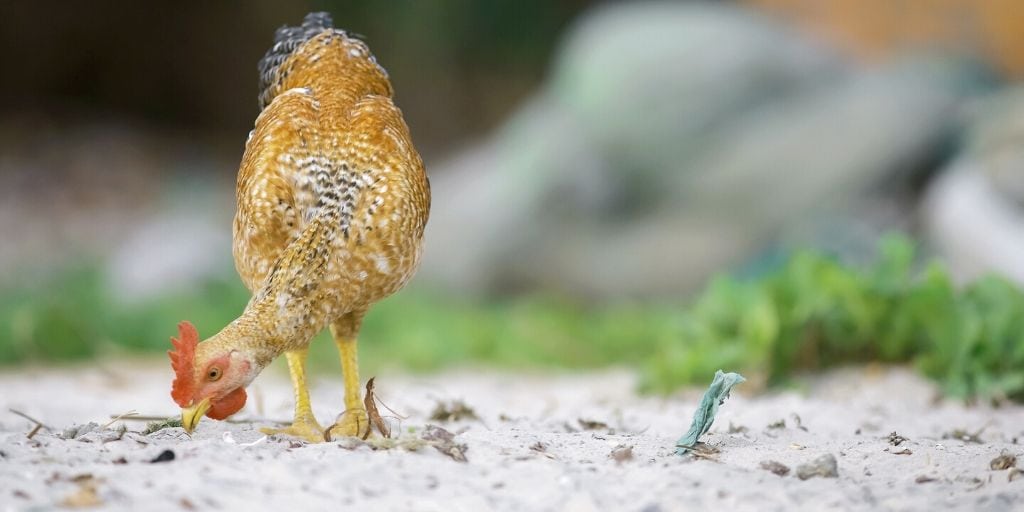 Do Chickens Pee and How Can You Keep Their Eggs Clean?
← Read Last Post 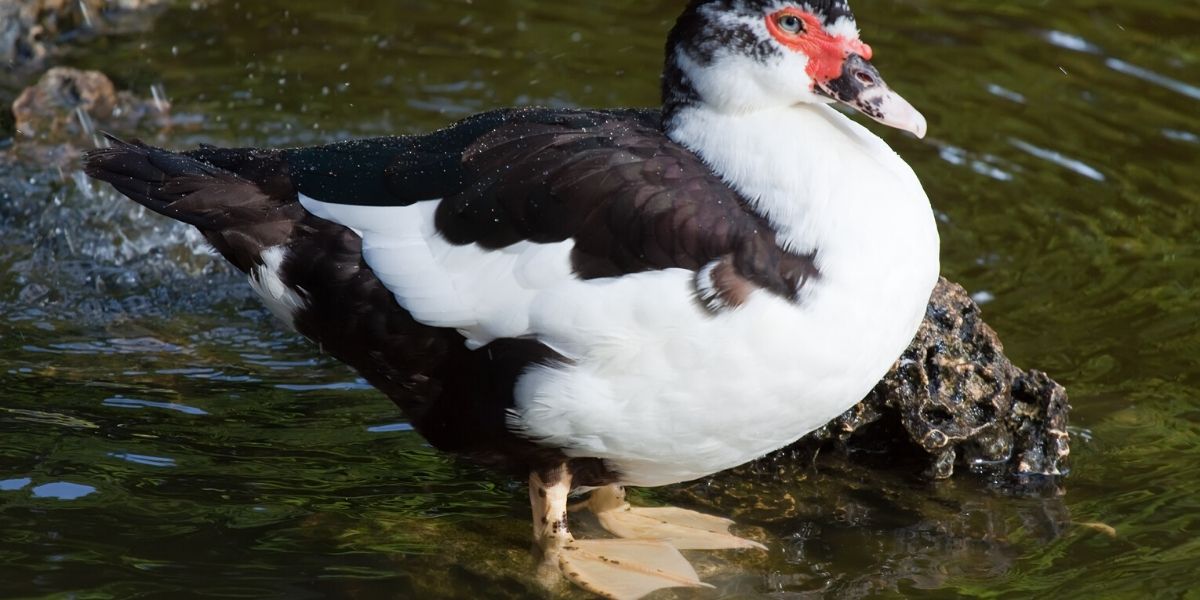 Do Ducks Pee? - A look at the Duck Excretory System
Read Next Post →
Click here to cancel reply.