11 Reasons Your Baby Chick May Be Sick (with Symptoms)

In any species, when rearing babies there are sometimes complications and issues. Raising chicks is no exception.

While the diseases themselves are varied, the biggest thing to focus on your flock is understanding what they are and then focusing on prevention.

Whether your new bundles of joy are chickens, turkey’s, guineas or quail, this list of baby chick diseases and treatments is for you.

Keep in mind that age ranges here are general. Each flock is different, so remember that your birds may fall outside of that range on either end.

Remember to always consult your local veterinarian for accurate diagnosis and treatment recommendations for your flock.

Here are 11 of the most common issues and diseases you may encounter when raising baby chicks.

Aspergillosis is a respiratory infection that can affect chickens at any age. It’s very dangerous for chicks and those that catch it often don’t survive.

The disease is caused from the inhalation of mold spores that may be present in the environment. The main type of spores are from the genus Aspergillus though other mold species can cause the disease as well.

If you live in regions with warm temperatures and humid air most of the year, this disease will of special concern to you and you’ll want to make sure items are thoroughly cleaned and disinfected.

Avian Encephalomyelitis is a virus that affects chicks as well as full-grown chickens. Mildly affected birds that recover remain disease resistant but can still transmit the disease to others in the flock.

Severely affected chicks are most easily distinguished as their condition deteriorates. They will begin to have trouble standing, may fall repeatedly, and eventually will lay prone on their side unable to get up.

Once a chick reaches the point where it can no longer stand, euthanasia is typically the kindest option.

Coccidiosis is one of those diseases that, although prevalent in poultry, is almost entirely preventable with the use of either a vaccine or medicated feed (but never both).

Coccidia are ubiquitous. If you have chickens, you probably have coccidia but, many adult bird have developed a resistance to the parasite.

Fowl pox is caused by a virus and results in “chicken pox” looking scabs that can appear on a chicken, noticeably on the face, comb, and wattles. These same lesions, though, are present on the internal organs and that is where the danger lies.

Young chicks in a brooder environment don’t typically encounter this disease but it is possible. It is spread through aerosols emitted from an affected bird, mosquitos, and direct contact with the scabs on an affected bird.

There is no treatment for Fowl Pox. As with other diseases, the best thing to do is focus on prevention. The disease must run its course in affected birds, some may die but those that survive should have immunity.

Bronchitis in chickens is especially dangerous. The disease is caused by a virus similar to what causes the common cold in humans. Don’t worry though, the strain your chickens can get is not zoonotic and won’t transmit to humans.

In chickens, however, mortality rates can be extremely high. So much so that you can expect any chicks that are infected to die.

Adult birds, however, can survive the disease and, during their recovery may shed the virus. This is one of the main methods of transmission to chicks.

This disease is present only in chicken chicks so if your turkey poults, guinea keets, or quail chicks have symptoms this is not the cause.

Marek’s disease is a highly contagious, deadly virus with no treatments available. Luckily, though, there is a safe and effective vaccine available.

This insidious virus causes tumors to grow, eventually leading to death. Because these tumors grow slowly over time, it is possible for the disease to be present in your existing flock without knowing, thus endangering new birds that are added.

Chickens can develop a genetic immunity to Marek’s however, the disease is so widespread the best way to ensure your flock is not affected is to vaccinate against the disease.

Mushy chick disease is a name that was developed for the physical result of the underlying issue, navel ill.

Just prior to birth a chick must absorb the yolk into their body. Just after birth, they are more susceptible to infection because the pathway from the outside of the body to the internal organs has not sealed properly.

If the chick is exposed to bacteria, dirt, or debris during this critical stage, it is possible for an infection to develop. This can lead to sepsis and death.

Most commonly you will see that your baby chick has a swollen bottom and signs of infection. When touched, the mass is squishy due to fluid accumulation (edema).

The chicks bottom may be bald due to the skin stretching to accommodate the infection. This is almost always fatal and affected chicks should be euthanized.

Exotic Newcastle Disease is an extremely deadly disease that is also highly transmissible. Because of this, the easiest way to prevent transmission to your flock is to limit who has access to your birds.

Newcastle Disease is a reportable disease in the United States. In all cases, if diagnosed, your entire flock will likely be euthanized.

In California, there was recently an outbreak of Newcastle which resulted in all the backyard birds in many counties being preventatively euthanized.

There are three different types of Newcastle Disease in poultry and all strains are zoonotic. Luckily though it does not seem to easily transmit to humans and when it does, the symptoms are mild.

There is a vaccine available which can be administered in the drinking water.

Pasty butt is almost a given when it comes to raising chicks in a brooder. It is a term derived simply for the symptoms, but the condition can have a variety of different causes.

These include stress, over-heating, or as a symptom of other diseases that have resulted in diarrhea. It can also be caused by sudden changes in diet including introducing treats.

In all cases, you will notice a buildup of fecal matter on your chick’s butt. It will be either sticky or hard and dry.

In any case, the material needs to be gently removed with warm water to ensure the chicks vent is not blocked and that he can eliminate properly.

Pullorum has been eliminated in most commercial flocks and is one of the diseases tested for as part of NPIP certification.

Pullorum is caused by the salmonella bacteria that is passed to a chick either by the mother hen or through contact with the respiratory droplets or poop from animals that are carriers.

The easiest way to avoid ever having to worry about Pullorum is to ensure all your birds come from NPIP breeders or have been tested before adding them to your flock.

While some chicks could survive infection, this would cause the disease to persist in the flock. Because of this, euthanasia is recommended and may even be required by law in your state.

Rot Gut is the common name given to the disease Necrotic Enteritis. This disease is usually seen following some other type of primary infection i.e., coccidiosis.

Caused by the Clostridium bacteria, which is present on almost all farms. Rot gut occurs when chicks pick up the Clostridium toxin, usually from the ground, and that toxin begins to grow in the anaerobic conditions of the chicken’s digestive system.

Unfortunately, Rot Gut may not be suspected in a flock until a postmortem exam on a chick identifies the issue. 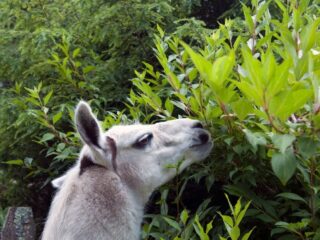 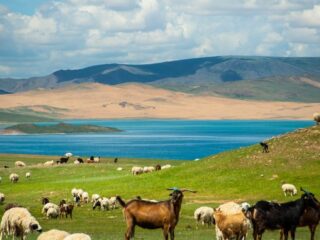