What Age Can a Goat Get Pregnant?

Whether you are a large-scale goat farmer or keeping a few pet goats in the backyard, it is vital to know at what age a doe (female goat) can get pregnant. Breeding too young can have disastrous consequences.

A goat can become pregnant as young as five months of age. Female goats can have their first heat season anywhere from five months to over one year of age. Heat seasons can vary with the goat’s general body condition, the breed of the goat, and the time of the year that it was born.

There is much to consider when breeding goats. It is wise to remember that young female goats do not make the best mothers.

Anyone wanting to breed goats must consider some crucial factors in breeding goats. Some of these factors are first heat seasons, gestation periods, body condition,  and how to tell if a goat is pregnant.

Puberty in goats is a complicated issue to study. Many different factors can affect the age that the doe will experience a first heat season.

Most people think that the earliest a doe can have her first heat is at approximately five to six months. Recent research has shown some breeds may have a heat season as early as three to four months.

Different goat breeds have different average ages for the doe to experience her first reproductive cycle.

Pygmy goats can come into season as young as three to four months. Some goats, such as the desert breeds, Kutchi, and Jhakrana, only reach sexual maturity at well over one year of age.

Boer goats have an average age of first heat season at 5-6 months.

Goats that are born in spring will usually come into season in the autumn of that year. At that age, they will be approximately seven months.

Goats born in autumn will go a full year until the following autumn before coming into season. The length of the days is, therefore, significant when considering breeding programs and protocols for goats.

Recent studies have shown that female goats kept in pens alongside sexually active rams could cause the females to come into season for the first time at a very early age.

The researchers found that female kids born in autumn could, using this method, be brought into season at three and a half months.

It is not ideal as the doe is too young to enter a reproduction program at this age. It does provide a useful method for goat farmers to bring a flock of does into season at approximately the same time for mating.

A malnourished and thin goat with generally poor body condition is unlikely to come into season early.

A well-conditioned goat with access to plentiful, good quality nutrition will come into season earlier and may have two breeding cycles per year.

There are several body scoring systems available to score a goat’s general condition. The most common one is a 1-5 scale:

Length of a Heat For Goats

The goat will stand to be mated for 24-48 hours, but this can vary with goat breed. The average is 36 hours.

Ovulation may take place 9 -27 hours after the start of estrus. Ovulation time is individual to each doe.

A doe is ready to be mated when the following signs are observed: continuous bleating, tail flagging, and a reddened vulva with some vaginal discharge.

A doe that does not become pregnant will have another season in twenty-one days.

When Is The Correct Time TO Breed A Doe?

Does should not be bred too early. The yardstick most goat breeders use is that the doe should have attained at least 60% of her adult weight before being used for reproduction.

The goat should be at least ten months old and over a year in age is preferable. The doe should be in good condition. A goat that is too thin will not become pregnant, and an obese doe will struggle with pregnancy and birthing.

A goat bred before this weight is reached will not grow correctly, will fail to thrive, and will not be a reliable reproductive prospect as an adult.

Female goats bred too young may also have difficulties giving birth, and both the doe and the kid may die. Goats mated too young may have inadequate milk production and difficulty feeding their kids.

Bottle feeding a kid is no easy task and should be avoided if possible.

How To Tell If A Goat Is Pregnant?

Determining if a goat is pregnant is dependent on close observation.

The goat may show a personality change, there may be an increased appetite, and after two weeks, the stomach may start to feel very firm.

A goat that is pregnant will not come into heat again in the normal three-week cycle.

If the doe is mated late in the breeding season, she may not be pregnant and may still not come into season until autumn of the following year.

The most definitive way of checking if a goat is pregnant is by taking an x-ray or using ultrasound to sonar the uterus.

These methods also give the goat breeder information on how many kids are in the litter.

A ram’s behavior towards a doe will give a good indication if she is pregnant. A ram loses interest very quickly once the doe is pregnant.

He may become quite aggressive and chase her around. Rams that are less hostile will still seek to keep the doe away from food and not want the doe standing near them.

How Long Is A Goat Pregnant?

A goat is pregnant for five months. The range for the gestation of a goat is 145 days to 152 days.

A doe bred for the first time may not show any noticeable body changes until after two to three months into the pregnancy.

How Many Babies Does A Goat Have?

A goat can have anything from one to five babies. The occurrence of twins and triplets is increased in some breeds of goats. Four or five kids in a litter are more unusual.

Goats that are pregnant for the first time are more likely to have a single kid. Goats carrying more than one kid usually have shortened gestation periods.

Looking After A Pregnant Goat

Goats are delicate mothers and may abort the baby if stressed. It is essential to maintain a low-stress environment with protection from rams and flock bullies.

The pregnant goat should have shelter and free access to grazing or appropriate hay.

During the final eight weeks of pregnancy, the goat should receive concentrated feed, and a mineral lick should be available.

A goat that is pregnant with more than one kid needs extra minerals and supplements. The kids absorb all of the mother’s nutrients, leaving her exhausted and her health depleted after the birth.

Taking Care of A Doe And Her Kids

The doe should be put in a clean, dry pen with her kids for several days to allow the new mother to bond with her babies.

The doe should be checked for any after birth complications and to assess her milk production.

It is useful to have the kids in a stall for this period, where they can be closely monitored to ensure they are all getting enough milk and thriving.

Goats can become pregnant in their first season, which can be any time from three and a half months but is more generally around five to six months.

It is not wise to breed a doe during the first season unless she is one of the late-maturing breeds and weighs at least 60% of her total adult weight. 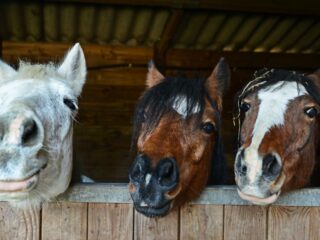 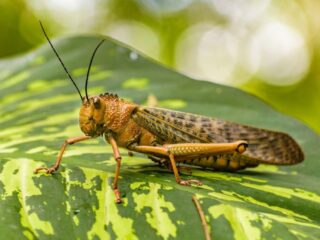