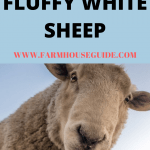 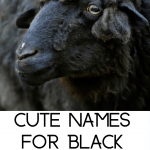 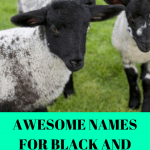 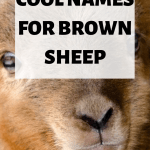 So you have decided to buy some sheep! You have conquered the first step towards embarking down the fabulous journey of ovine ownership. Whether you have purchased a bottle baby or two, or a full grown adult, the next step is deciding on a name (or names…I won’t judge). Choosing a name for your sheep doesn’t have to be hard. I have tons of ideas to help get you started!

Whether they made their fame in T.V., literature, radio, the movies or science, these sheep are famous. If you want to give your sheep the celebrity boost he or she deserves, consider one of these famous sheep names.

When most people think of sheep, they think of white sheep. In fact, most sheep dolls and plushies for young kids are white in color. Many breeds of sheep are all white including Cheviots, St. Croix, Royal Whites, etc. These sheep names are perfect for the all-white sheep in your flock.

Of course, we know that sheep can come in black. In fact, black sheep were made especially popular by the children’s nursing rhyme, Baa Baa Black Sheep. If you have all black sheep, or mostly black sheep, here are some great names to consider.

Black and white sheep are super neat looking. While some have wool that is a combo of black and white fiber, others, like the Shropshire and Kerry Hill sheep, have solid white wool with black skin and points.

No matter what breed your black & white sheep is, these are some awesome names for particolored sheep.

Are you lucky enough to own a chocolate brown sheep? Maybe you have one, like the Barbados black belly, that is brown and black. In any case, these names are perfect for brown sheep!