One downside to keeping ducks is their noisiness. Ducks are generally noisy, especially the females. They quack/chatter when they are happy, when they see you coming with food, when they feel threatened, and some even quack throughout the night.

No matter how noisy ducks are, they are generally not as noisy as chickens. Hens will cackle over long periods – sometimes for no apparent reason. Besides their usual morning crow, roosters can crow nonstop – sometimes to express their dominance.

It is quite different with ducks. Female ducks usually quack loudly when they are excited or when they are startled. But when they are undisturbed, they chatter quietly. Drakes do not quack at all; they make a soft raspy sound instead.

If you are looking to get some ducks, but you want to avoid the noise, the following are 9 of the quietest duck breeds.

Muscovy ducks are the quietest of the different duck breeds. You will barely hear sounds from them unless they are startled, attacked, or happy. When they do make sounds, the females make a soft trilling sound, while the males make a low hushed call.

However, if you are looking for a duck to give you a lot of eggs, you should not rely on a Muscovy duck. On average, they only lay 60-120 eggs every year.

So, if you want a duck that will not disturb your neighbors and keep you up at night, Muscovy ducks are your best bet.

Another duck breed that qualifies for the quiet category is the Khaki Campbell. They usually make no calls except if they are hungry, excited, or being threatened.

Khaki Campbells are small, with their average weight being between 4 and 5 lbs. They are also easy to handle and friendly.

Khaki Campbells came into the USA from England in 1942. They were created by Adele Campbell in the late 1800s.

On average, Khaki Campbells lay as many as 300 eggs per year. So, if you do not want noise, and you want a lot of eggs, they’re the duck for you.

Cayuga Ducks are one of the easiest breeds to handle. They are docile, friendly, tame, and relatively quiet. You can get them for ornamental purposes and for their eggs & meat.

Most times, as long as a Cayuga is not hungry, threatened, or isolated, it will remain quiet. Even when it makes sounds, its calls are relatively quiet compared to other breeds.

Cayuga Ducks are medium-sized, with their weight ranging between 6 and 8 lbs. They have a beautiful iridescent plumage, which appears black without light, but shimmers green when light reflects on it.

If you want eggs from your Cayuga Ducks, you can expect between 100 and 150 per year.

They are one of the quiet ones, and they are calm too – making them great for backyards and suburban farms.

Magpie Ducks are lightweight ducks – weighing between 5.5 and 6 lbs. They lay colored eggs: white, green, blue, and cream, and if you want a lot of eggs, they are great layers.

Saxony Ducks are one of the heavy breeds, weighing 7-8 lbs. on average. They are relatively quiet, calm, friendly, and gentle. Saxony Ducks are also lively, and they love having fun.

The females make quack sounds that are relatively quieter than many other ducks. The males, like many other drakes, make a soft, raspy sound.

Saxony Ducks are an all-purpose breed; you can get eggs from them, use them as meat, and use them for ornamental purposes.

The noisiness of a Runner Duck is comparable to that of a Khaki Campbell. Since Campbells are considerably noiseless, Runner Ducks are not far off.

While the females sometimes quack, the males barely make sounds at all.

Indian Runner Ducks do not fly, and they love having fun. They prefer eating snails to grains, even though they will eat both.

With Indian Runner Ducks, you will get many eggs – say about 300-350 eggs in a year. But one thing with this breed is that they hardly make nests. Most times, they just lay their eggs wherever they find themselves.

So, you may have to go around in search of the eggs and need to try to restrict their range of movement.

Call Ducks are one of the loudest breeds of ducks and compared to them, Swedish Ducks are quiet. While the female Swedish Ducks quack sometimes, it’s just not as loud or as frequent as the noise of a Call duck.

The males commonly make a low-pitched sound, but they can be as loud as the females if they want to.

Although Swedish Ducks were developed for meat and egg production, they do not lay so many eggs.

You may get about 100-150 per year. Besides being used for eggs and meat, they also qualify as ornamental birds and are great as pets too.

Sometimes Appleyard Ducks can be quite quacky. But generally, they are quiet, and they would do well in your backyard. As with the other breeds, the drakes are quieter than the females.

Silver Appleyard Ducks belong to the heavy-size class, and they also come in bantam varieties. The heavy types weigh 7-9 lbs., while the bantams weigh about 2 lbs.

Appleyard Ducks are calm, docile, active, and friendly. They grow very quickly and are all-purpose.

You can use them for meat, and you can get as many as 250 eggs from them in a year. They can also be used for exhibitions and be kept as pets.

Crested Ducks are relatively quiet too. If you hear sounds coming from them, then it’s most likely a female trying to get some attention.

They are commonly kept as pets, but beyond that, they can also be reared for meat, eggs, and ornamental purposes.

If you are keeping them for eggs, you should get around 100-130 large eggs per year.

Crested Ducks do not fly, they are friendly, calm, and they grow fast. They fall into the medium-size class and weigh an average of 6-7 lbs. 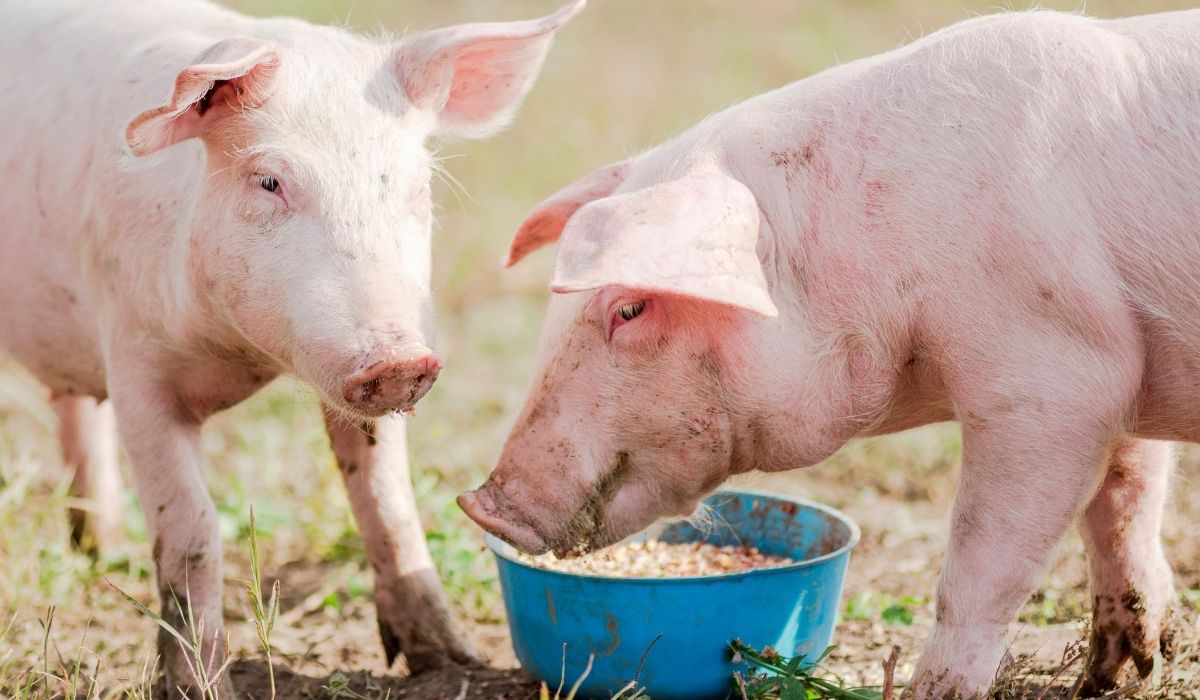 Can A Pig Eat Anything? 5 Foods a Pig Should NOT Eat
← Read Last Post 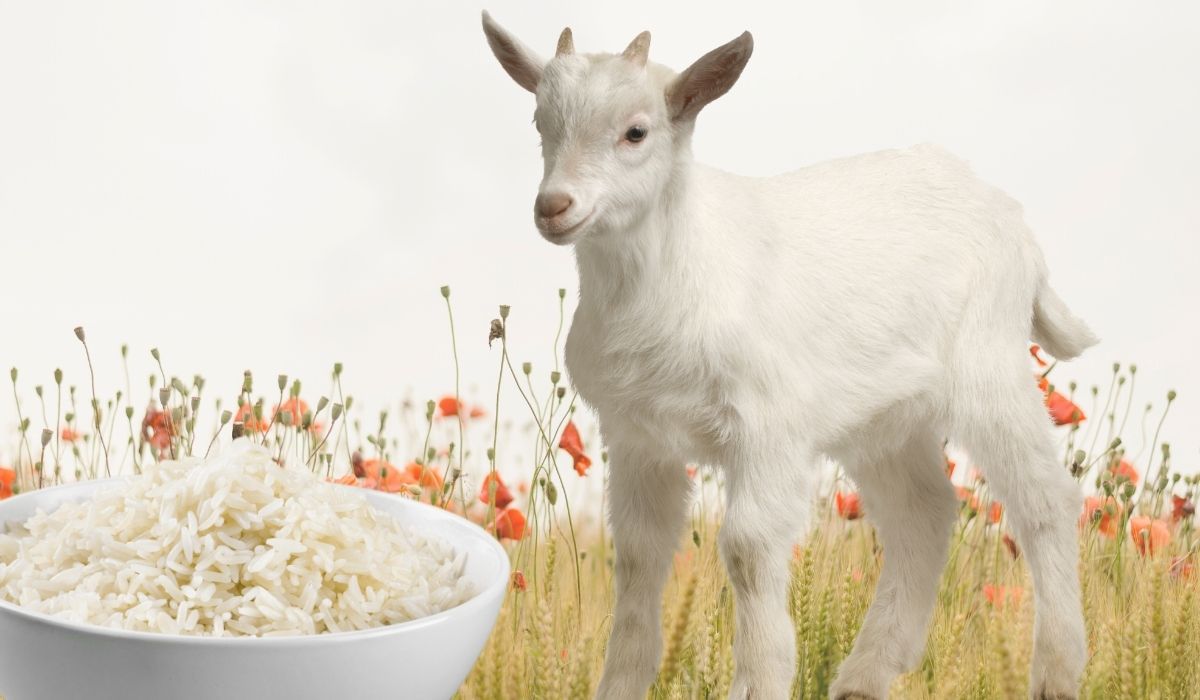