Ducks come in various sizes and weights that vary by breed. Each breed serves different purposes and have many features that distinguish them from each other.

Of these 4 classes of duck weights, those belonging to bantam classes usually stay small. The bantam variety of duck breeds are much smaller than those of standard size. Their miniature nature makes them great for exhibitions and as pets.

In this article, we will take a closer look at 7 small duck breeds. We will review their unique features, sizes, and interesting facts about each one.

Call ducks are perhaps the smallest domestic ducks and one of the noisiest, too. They are a bantam breed typically kept as pets or used for ornamental purposes. But if you cannot tolerate noise, you may want to avoid getting one as a pet.

Call ducks originated in the Netherlands, and they were bred from Mallards. Generally, ducks of this breed weigh less than 2.2 pounds.

By the American Bantam Association (ABA) standards, drakes of this breed weigh 1.4-1.6 pounds while the ducks weigh 1.1-1.25 pounds. Adult call ducks grow to be about 14 inches tall.

Call ducks are not the best egg layers. For each clutch, they lay 8-12 eggs with an incubation period of 26-28 days.

The Black East Indian, also known as the East Indie, is the oldest bantam duck breed.

This breed is thought to have its origins in the United States, but the specific location is not known.

Black East Indian ducks are not great layers. But you may keep them as pets or for other ornamental purposes.

East Indie ducks have iridescent dark-green plumage, dark eyes, and dark feet. They share the epistatic gene that codes for their color with Cayuga ducks, and they also have similar plumage color to that of the Cayuga.

Not as popular as it used to be, the Silver Bantam is a domestic duck breed that was created by Reginald Appleyard after the Second World War.

Silver Bantams are good flyers and layers. They lay around 60-160 eggs per year.

Although they lay a considerable number of eggs, they are commonly kept as pets or for ornamental and exhibition purposes.

The males of this breed weigh around 2.4 pounds while the ducks weigh around 1.9 pounds. Like the large variety, they come crested, and you may have to trim the crest if it becomes too large.

Miniature Crested ducks are very beautiful. They can be used as pets, for exhibitions, and for ornamental purposes. They can lay as many as 100 eggs per year, so you may also get some eggs from them.

If you intend to keep Miniature Crested ducks, keep them in a clean, tidy area. This helps ensure their plumage and crest stay beautiful.

Also, keep a very low ratio of drakes to ducks in each pen. Drakes can damage the ducks’ crest, so keeping one drake for every 2-3 ducks will suffice.

The Miniature Silver Appleyard was created by Tom Bartlett in the late 1980s. This breed differs from the Silver Bantam earlier thought to be the miniature version of the Large Silver Appleyard.

They are also great layers, and they are sometimes reared as a dual-purpose bird. You can expect between 200-270 white eggs from Miniature Appleyards per year.

Mallards are the most common ducks in North America. They are widespread in places like suburban parks and cities.

Mallards weigh 1.6-3.5 pounds, making them bigger than most other dabbling ducks. They grow to be about 23 inches long with a wingspan of 32-39 inches.

They feed on a variety of food both on water and on the ground. Although Mallards are usually non-selective, when breeding season comes, they feed mainly on animal matter.

Mallards commonly live in wetland areas. You may find them in marshes, lakes, ponds, reservoirs, city parks, and bogs.

Mallards have wild and domestic varieties, and the domestic mallards are kept for eggs and meat.

The wild varieties can be hunted in the United States, but they are protected by the Migratory Bird Treaty Act of 1918 – meaning they cannot be sold, purchased, transported, or possessed without a permit.

One of the first things you’ll notice when you see a Wood duck is their uniquely colored plumage. Wood ducks are one of the prettiest waterfowls.

The males of this breed have a green crested head, light-brown wings, and chestnut breast. The females have gray crested heads, warm brown plumage, and a dark-blue patch in their wings.

They feed by dabbling, and they prefer plant matter to animal matter. At least 80% of a wood duck’s diet is made up of plant matter.

Wood ducks lay 7-16 eggs per clutch, and the eggs have an incubation period of 28-37 days. Their eggs usually come out tan or glossy creamy white. 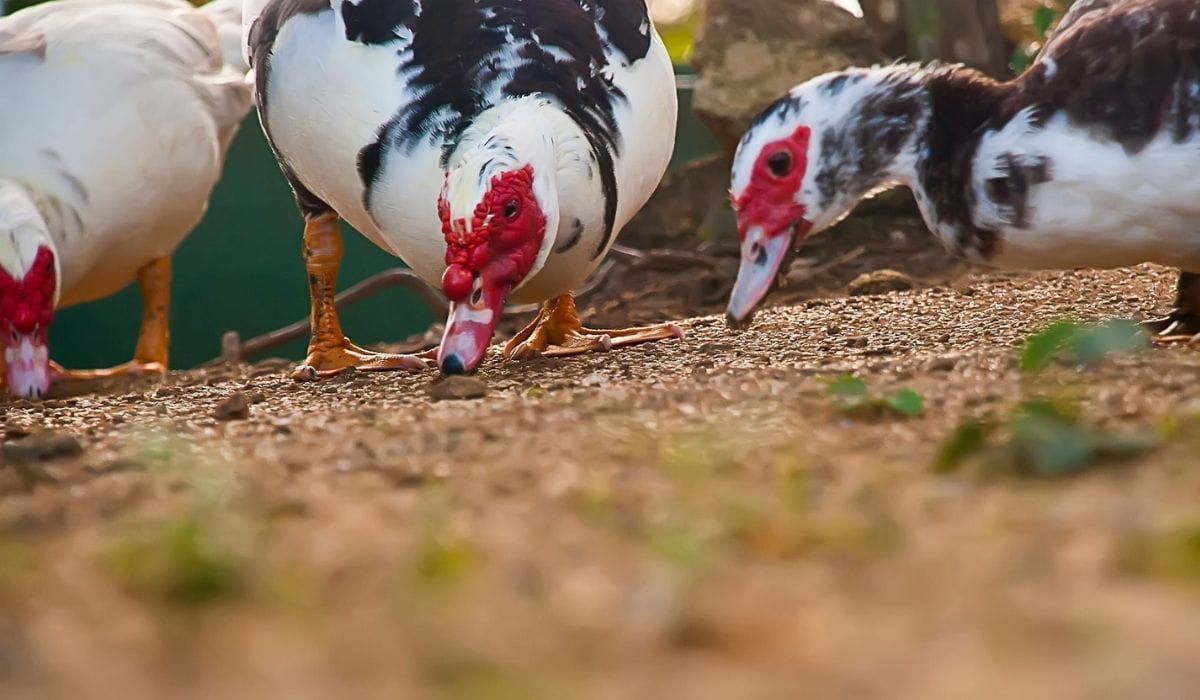 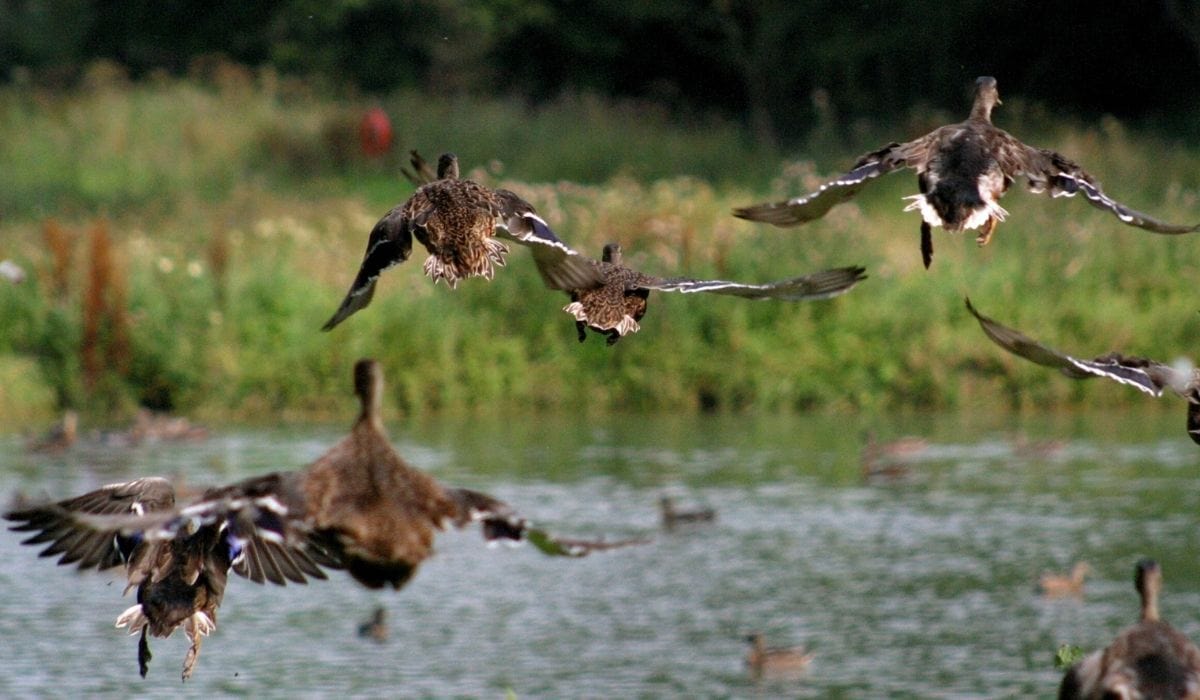 5 Safe and Ethical Ways to Keep Ducks From Flying Away
Read Next Post →
Click here to cancel reply.