Owning and raising goats can be an exciting adventure, but some people often overlook their goats’ potential for milk production. Goat milk is a useful product and can even help you financially support your farm. Goats can be fervent milk producers but exactly how long do goats produce milk?

There are many uses for goat milk and you can use it bring in a little extra money for your goat farm.

As a goat owner, it is important that you know how long your goats can produce milk and how to keep them producing milk while maintaining their health.

At what age can goats begin producing milk?

Female goats, called does, can first come into heat when they are 7 months old! It is recommended not to breed your does until they are closer to 1 year old. If breed at 12 months, the doe will have its first kid around 18 months old. (source)

You can expect your doe to begin producing milk immediately after giving birth to its first baby, kid, if it has not already. Milk production in goat requires a birth cycle to jumpstart the process.

Does will stop producing milk whenever you stop milking them and stop letting them get bred by a buck. Many does can continue to become pregnant, deliver kids, and continue producing milk up until they are 8 to 10 years old, sometimes even up to 14! There is no specific age that goats will stop having the ability to produce milk.

Do all goats produce milk?

All goat does that can become pregnant should be able to produce milk, but not all goats will be great milk producers. Meat goats tend to only produce enough milk for their kids and their milk production wanes significantly a couple months after giving birth.

How long do goats produce milk after giving birth?

A goat will naturally produce milk as long as it is nursing a goat baby, also called a kid. Like cows, if their young are drinking from their udders daily, goats’ bodies will instinctively continue producing the milk that is needed.

Once a kid is weaned off its mother, the milk will begin to dry up unless you start hand or machine milking the doe daily.

The daily manual milking process will ‘trick’ a doe’s body into continuing to produce milk without a goat kid present.

Can you milk a goat while they are still nursing a baby?

If your goat produces extra milk, you can share the milk supply with the kid. Again, dairy goats tend to produce extra milk, usually enough to allow you to ‘milk share’ while they continue to nurse their young.

In this scenario, you would let the doe’s baby eat for half of the day, then separate the two overnight.

The next morning, you can milk the doe and keep that supply for yourself. Afterward, you can put the kid back with the doe.

If your doe has two kids, keep in mind that she may not produce enough milk for both kids and your supply.

When can I wean a goat kid off the mom?

Many goat owners recommend that kids should have ample access to their mother’s milk for at least a couple weeks following birth, however, some kids are switched to bottle feeding after only a few days. Goat kids can be bottle-fed if needed, after they receive their colostrum.

Immediately after birth, the first milk that goat kids drink from their mother will be the colostrum. This ‘first milk’ provides nutrients and antibodies that help newborn goats survive and thrive.

If kids are left on their mother, the mom will eventually begin to wean the kids off naturally at around 6 to 8 weeks of age.

At that time, the kids should be eating solid foods like grass, hay and grain, a good indication that they can be safely weaned off milk completely. (source)

How long will a goat produce milk if they do not become pregnant again?

If you do not intend on breeding your goat once their current kid is weaned, you can continue milking the doe daily and their milk will not dry up immediately. If you stop milking them daily, you run the risk of their milk supply drying up or decreasing significantly.

As long as it is milked daily, a doe can continue to produce milk for up to 2 years! Some goat owners report that their unbred doe has produced milk for 5 or more years, but this is not the norm.

Why breed a goat if they continue producing milk without being bred?

A goat’s milk production will naturally decrease over time. They will produce the most milk shortly after giving birth, while their baby is growing.

Many goat owners who milk their goats will rebreed them to increase the milk production and to help their goats’ natural hormone process.

Sometimes, if a goat’s milk supply completely dries up, the only way to restart it is to breed them again.

How much milk will a goat produce?

Surprisingly, a dairy goat owner can expect to get somewhere between 3 to 5 quarts of milk daily from their goat. That is the equivalent of 6 to 8 pounds of goat milk each day!

This is just an average as some goats will produce more, some will produce less. Either way, that is a lot of milk each day! (source)

Here are some average production values for a variety of dairy goat breeds.

A vital component of maintaining an adequate goat milk supply is to keep your does happy and healthy! Thankfully, just a few simple changes to your feeding program will help increase or at least sustain your does’ milk supplies while helping them maintain their weight.

Feeding your does a high protein grain with around 14-16% protein will help support milk production while making sure they do not lose any weight. Producing milk requires a lot of energy and they will need a little extra protein to keep the cycle going.

Make sure your goats always have access to plenty of hay. The protein in the hay will help support milk production the same way that high protein grain does.

Make sure they have access to free choice minerals

A copper or selenium deficiency can cause fertility problems as well as mammary issues in a goat as well as a reduction in their milk supply. Keeping minerals available will ensure that your goats do not have any mineral deficiencies that causes their milk production to decrease or even stop completely.

Watch for signs of mastitis

Mastitis is a bacterial or viral condition that causes a goat’s mammary glands to become inflamed. If it is not treated quickly, it can lead to an irreversible reduction in their milk supply. Red, swollen, or painful udders are all signs of possible mastitis. Contact a vet immediately if you suspect mastitis in your goat.

What can goat milk be used for?

Goat milk is used for a variety of different products including a milk source for other young animals. (source)

Goat milk is a great alternative for making soaps and lotions for people who have an allergy to cow’s milk and other additives that are in commercially produced products.

Goat milk is often used in food products like butter and cheese, as well as ice cream and yogurt! Just like with soap and lotion, some people are allergic to certain ingredients in cow milk which makes goat milk a great substitute.

Animals that are orphaned or have mothers that are unable to provide milk, can often be fed goat milk. People use goat milk to feed horse foals, puppies, kittens, and other young farm animals that need milk to survive. Goat milk is low in nutrients like lactose and casein, both of which are found in high quantities in cow milk and can unfortunately cause gastric issues in some animals.

Female dairy goats are prolific milk producers and they can produce a large amount of milk for months. Some goats are even able to produce milk for years at a time, sometimes without being bred at all during that time.

If they are milked daily, a healthy doe can continue to produce milk, much longer than you would imagine. If you stop milking a doe daily, their milk supply can and will eventually dry up. 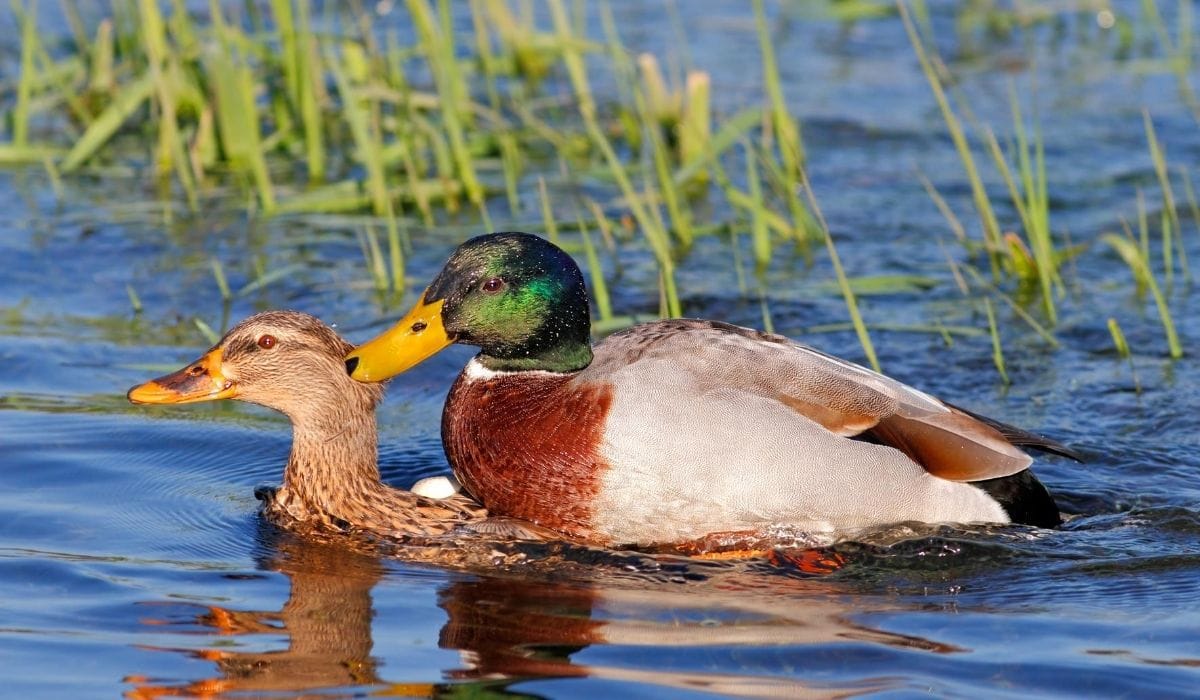 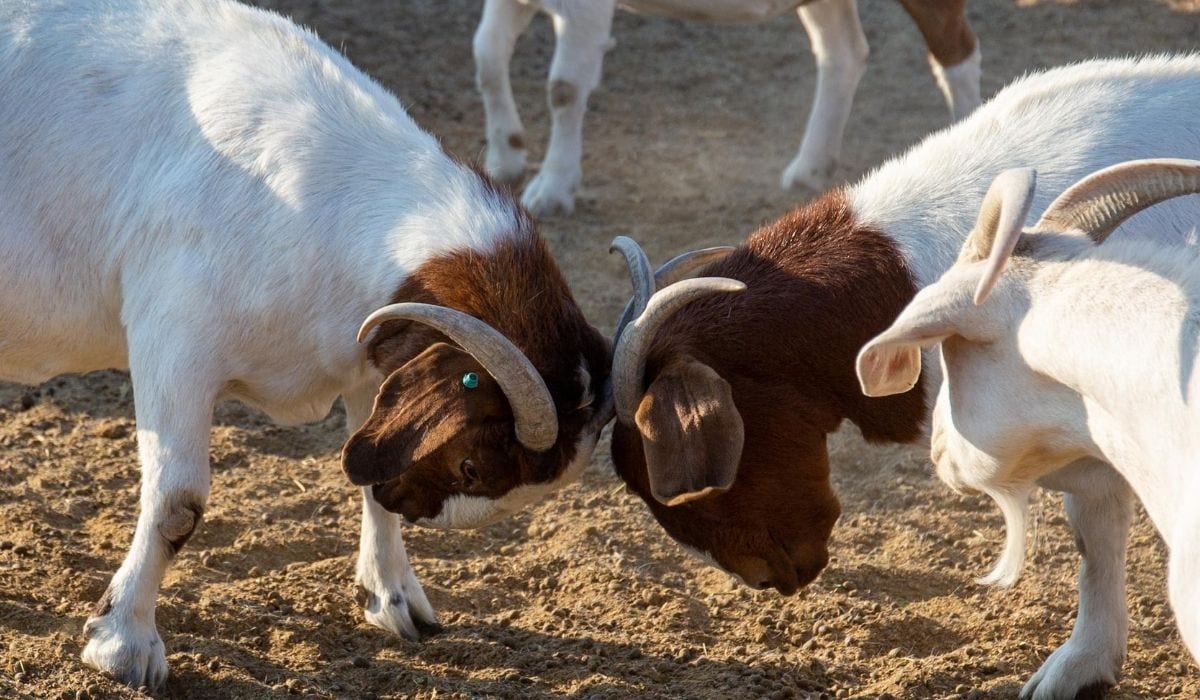 Goat Behavior: Why They Paw, Stomp, Bite, Headbutt and Act Out
Read Next Post →
Click here to cancel reply.