13 Most Common Goat Breeds in America

Goats were domesticated thousands of years ago to provide milk, meat, and fiber for humans. Did you know there are over 200 distinct goat breeds around the world?

Domesticated goats didn’t reach the Americas until the 1400s, but they quickly became useful farm animals for the early settlers and indigenous people.

Today, American goat keepers don’t often register their animals with their respective breed associations, and having a “purebred” goat is generally only important if you plan to breed or show your goat.

However, here are 13 of the most common goat breeds in America that suit every need – from milk, meat, fiber, or even just companionship!

The American Dairy Goat Association (or ADGA) maintains breed standards for 8 different kinds of dairy goats in the US, although most goats can provide some milk or meat.

Most of these breeds were imported from Europe (especially Switzerland) but developed into American versions over the years.

Dairy goats are bred to produce hundreds of pounds of milk per each lactation period, which is why these specific breeds are often used on commercial dairy goat farms.

Originally from the Alps mountains of Switzerland and France, these dairy goats are excellent milkers. They produce a large volume of milk with a relatively low fat content, and they are generally docile and easy to work with. Because of this, they are often found on commercial dairy goat farms, and are popular with backyard hobbyists as well.

Alpine goats are the only breed with erect ears that comes in any color – although all-white and Toggenburg patterned goats are faulted at shows by the ADGA. They usually have short hair, and males may have beards that are quite pronounced. (source)

These short-eared goats were developed in the United States in the 1920s. The first LaManchas were likely descended from imported Spanish Murciana goats from Mexico, as well as Spanish-bred Criollo goats from South America.

The breed is named after the city of La Mancha, Spain, which is where the earless Murciana breed originally developed.

There are two types – one with “gopher ears” and the other with “elf” ears. To be registered with the ADGA, “bucks may have ears no longer than one inch long with little to no cartilage”. (source) They are generally docile, hardy, and relatively easy to handle. (source)

These popular little goats were originally bred in the US for showing and used as companion animals. They are smaller in stature than other goats which can make them easier to handle – and they’re also completely adorable! (source)

They are descended from West African Dwarf goats, which are commonly used in Africa for meat and milk. However, American Nigerian Dwarfs are more well-proportioned – they’re just small.

Though Nigerian Dwarfs are smaller than other goats, they can still produce an impressive amount of milk on smaller farms and with less food than other breeds.

They have short erect ears, and they can come in many colors and varieties. (source)

These “large, proud, and graceful” dairy goats have a mixed heritage. They were developed in the UK by crossing English goats with imported animals from India and Egypt. They arrived in the United States by the early 1900s, and have become a useful dairy goat ever since.

Nubian goats have short hair and long “pendulous” ears, which means their ears hang low and swing freely (like a pair of pendulums).

They can be any color, and they are known for producing large amounts of good-quality milk. They also have prominent convex muzzles that end in distinct Roman noses. (source)

This Swiss goat is known for its friendly disposition and calm demeanor. Aside from being used as dairy goats, they are often suited as pack animals as well.

Packers have said that Oberhasli goats are bolder on the trail than other breeds, and they tend to be less afraid of water or other obstacles.

These goats only appear with a chamoisee coat pattern. (source) The coat is short and bay in color, and the legs and face are black. They also have a black dorsal stripe and alert, erect ears.

These large dairy goats from Switzerland are popular all over the world – they’re found in nearly 80 countries! They can begin lactating at the age of 2.5, and can produce well over 4800 pounds of milk (although the average is still an impressive 2700 pounds).

Saanen goats always have white fur and white skin, which makes them ill-suited for extremely hot climates. They are often used on commercial dairy goat farms, and they are the largest of the Swiss goat breeds. (source)

Sometimes people refer to Sable goats as “Saanen goats that aren’t white,” but they are two distinct breeds recognized by the ADGA. Sable goats may have registered Saanen parents, but the Sable breed itself is distinct.

While Saanen goats were popular in the US for years due to their high production volume, some breeders decided not to discriminate against non-white coat colors. They began breeding colored Saanen goats, and the Sable breed was born.

Sables are excellent milkers, have erect ears and gentle temperaments, and may come in any color – except pure white.

These Swiss goats are “sturdy, vigorous, and alert.” They are the smallest of the “standard-sized” dairy goat breeds and may come in any color.

However, Toggenburgers have specific white markings on the sides of the face, legs, and muzzle in a “Toggenburg pattern.” They may not be tri-colored or piebald, but this only applies to registration and dairy goat shows.

Toggenburgs (or Toggenburgers) are an old breed from Switzerland. They are prolific milk producers and can yield over 3800 pounds of milk per lactation. They were some of the first dairy goats introduced to the United States, and they are generally fairly docile and easy to handle.

While the demand for goat meat is on the rise in the United States, it is still something of a niche market (and much of our goat meat is imported from other countries).

However, there are a few goat breeds that are raised for meat purposes in the US, and they continue to be developed and improved to suit consumer needs.

When Conquistadors first arrived in the Americas, they brought their livestock with them. This included a source of meat as well, namely in the form of old Iberian goats. As time passed, some of these goats escaped or were released, which resulted in herds of wild “brush” goats roaming the countryside for hundreds of years. (source)

At one time, they were very popular as the primary breed of meat goat, due to natural selection. Because these feral Spanish goats were left to fend for themselves, they became hardy, easy to sustain on little food, and good parents. They required little intervention from humans, which is handy if your farm is in rugged terrain.

Today, they are still raised for meat, but they also produce milk and provide a system for grass and brush maintenance as well. Spanish goats are often crossed with other breeds to improve growth rate or milk production.

There can be a lot of color, size, and production variation between individuals, but they are adaptable and do well in a variety of settings. (source)

The Boer goat was developed in South Africa by colonial Dutch farmers. They were imported to the US in the 30s and became popular choices for meat due to their large size and rapid growth rate.

Boer goats have a distinct look (white with a striking red “cap” on their heads), and are the largest of any goat breed. They grow quickly and are exceptionally fertile. Boers are also docile and easy to handle, which makes them a popular choice for commercial herds. (source)

These hardy, rugged meat goats were developed in New Zealand. They are well adapted for a variety of climates and harsh conditions, and can be managed well with little interference or supplemental feed. Does are excellent mothers, and they grow quickly. (source)

Because they are feisty survivors by nature, they can be somewhat difficult to manage in a commercial setting.

Some goat keepers choose to breed Kikos and Boers to produce a fast-growing, parasite resistant, maternal (but manageable) goat hybrid called a “Genemaster”.

Myotonic goats possess a recessive gene that causes their muscles to stiffen when startled. When this happens, they fall over as if they’ve “fainted”. This curious condition causes no harm to the goat, and can make them more manageable for farmers– but also more susceptible to predation.

This gene also makes them heavily muscled, which makes them a popular choice for a meat goat (or to be cross-bred to other breeds to improve muscle growth).

They aren’t as popular a choice for meat in sub-optimal conditions, but they are useful for their stocky build and good natures. However, smaller versions of the Myotonic goat are often bred as pets.

Tennessee Meat Goats ™ and TexMasters™ are specific crossbreeds of Myotonic goats that were developed in Texas in the 1990s. They’re designed to have the heavy muscling that comes with the Myotonic genes, but also thrive in a commercial meat raising setting. (source)

This hardy goat breed was developed in the rugged wilderness of the South African brush. With a white coat and black skin, they became well adapted to harsh arid climates where the sun is intense and rainfall is unpredictable. They are fertile, easy to care for, and are generally strong and well-developed. (source)

Many goat breeds will have “cashmere” individuals – long-haired versions of the breed that can be shorn to make this luxurious fabric. (source)

However, only Angora goats are generally used to commercially produce a goat fiber called mohair, which can be used to make clothing, scarves, rugs, or other goods.

Angora goats produce a valuable fiber called mohair. Though this breed has existed in ancient Turkey since Biblical times, Angoras arrived in the United States in the late 1800s.

Like with all goats, both female and male Angora goats have horns, but more farmers opt to keep them intact. This is because their horns act as an air-conditioning system, and help long-haired goats regulate their body temperatures. (source)

Angoras are shorn twice a year, and can produce around 5 pounds of mohair each time. However, they are a somewhat delicate breed. They can be susceptible to parasites as well as cold, wet, or extremely humid conditions.

Mother goats are more likely to have single kids (rather than twins), and they need protection from the elements as youngsters. Angoras also require more nutritious feed in order to produce quality mohair. Because of this, these goats are considered to be fairly delicate.

However, Angoras can be crossbred with hardier breeds with much success, especially for hobby farmers who don’t wish to commercially produce mohair. (source)

The African Pygmy Goat was first developed in various parts of Africa, specifically Cameroon. They originally arrived in the United States as exotic animals and were exhibited in zoos. They are small but compact and sturdy, and sport a full coat of medium to long hair.

They adapt well to most climates, are fairly easy keepers, and can provide a decent amount of milk or meat to small hobby farms. They are often kept as companions or show goats as well. (source) 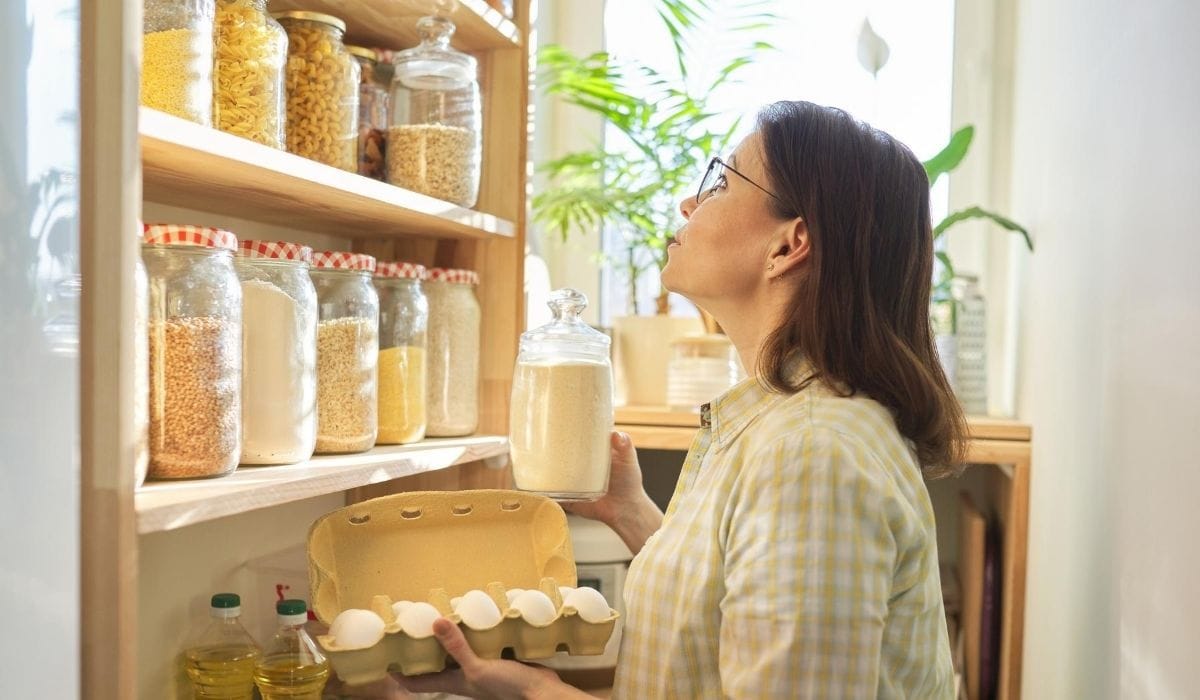 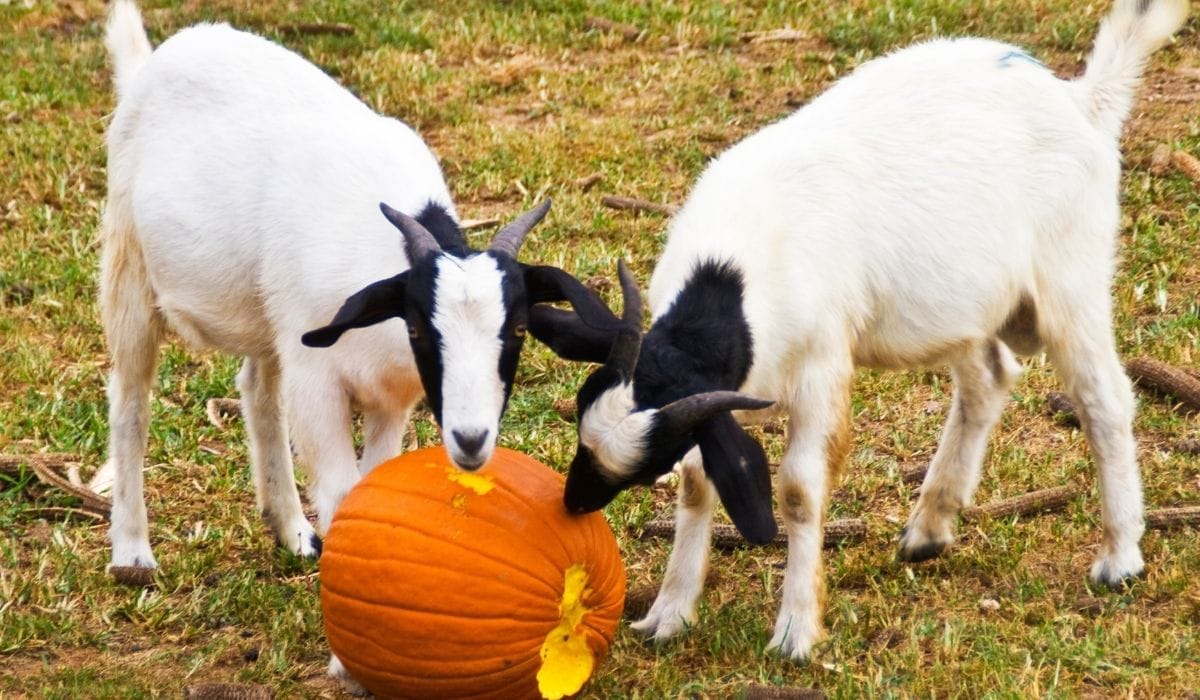