Feeding cattle can be pretty expensive, especially in winter when foliage becomes scarce. At such times, cattle farmers typically look to alternatives that will not adversely affect the health of their cows. One option they consider is pumpkin.

Can cows eat pumpkin? Cows can eat pumpkins, and they find them palatable too. Apart from being tasty, cattle benefit from the high moisture content, dry matter digestibility, and crude protein of pumpkins. Plus, when it is consumed in moderate amounts, pumpkin is generally considered safe for cattle.

Like anything animals consume, pumpkins should be consumed in reasonable amounts. The consumption of large quantities of pumpkin at once may precipitate digestive issues.

If you have leftover pumpkins lying around, the cows will have no issue biting through them. But they may experience difficulties chewing through whole pumpkins. So, ensure you smash whole squashes into smaller bits before offering your cows.

Besides moderate feeding, there are other simple steps you should take before feeding pumpkins to your cattle. And we explain them in the rest of this article.

Benefits of Pumpkins to Cows

Pumpkins are not only tasty to cows; they are also beneficial to cattle health. The following are some of the benefits of pumpkins to cows:

About 80 to 88% of a pumpkin squash is made up of water and one cup of pumpkin is estimated to have about 2 to 7 grams of dietary fiber.

The studies revealed that the anti-worm effect of the compounds has been observed in humans and livestock, including cows. So, if your cow consumes pumpkins, especially the seeds, you just might be helping it fight worm infestation.

Interestingly, the anti-worm effect of the compounds will also improve digestion.

It Serves As Growing Ration for Young Calves

When considering only the dry matter, pumpkins have a protein content of about 14 to 17%. Since protein promotes growth, pumpkins are valuable as supplemental food for young calves.

Pumpkin Is Useful as Supplemental Feed For Pregnant Cows

The crude protein content of dry pumpkin matter stands at about 14 to 17%, which is pretty high. Then every 100 grams of pumpkin contains around 26 calories.

So, pumpkins can serve as a valuable source of protein and energy for pregnant cows.

As said before, about 80 to 87% of a pumpkin is made up of water. So, by adding pumpkins to the diet of your cows, you are increasing their moisture consumption.

How to Feed Pumpkins to Cattle

Are Pumpkin Seeds Dangerous to Cows?

Pumpkin seeds are not dangerous to cows or any other animal. At one point, opinions were divided on this. But it is pretty clear now that pumpkin seeds do not harm cattle or any other livestock.

The seeds of a pumpkin contain a group of compounds called cucurbitacin. These compounds have various medicinal properties, including deworming properties.

Cows can eat pumpkins, and whenever they do, they enjoy it. But besides the enjoyment that comes with pumpkins, cattle get multiple benefits from them.

Whenever you try to feed pumpkins to your cows, chop the squashes into smaller bits. Pumpkins are preferably offered to cattle in chopped bits because they are easier to chew. 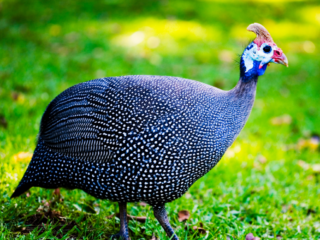 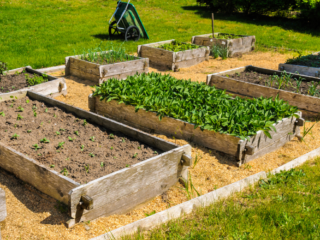