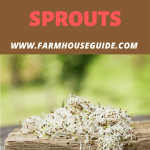 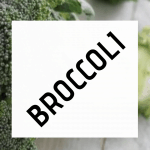 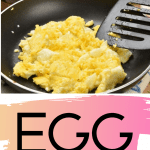 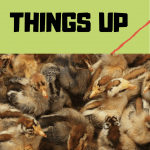 Oh the joy of having baby chicks. Whether you have just a few or a whole box full, you know they are the cutest little buggers. I could easily watch mine for hours. The way they scratch about and run around the brooder is absolutely darling. One of my favorite things, though, is to give my chicks treats and watch how they get excited for every bite.

When it comes to feeding treats to baby chicks, though, you want to be sure that you are still giving them items that are safe for them to eat. The last thing anyone wants is to give a chick something that could make it sick or worse.

Chicks can typically eat small amounts of the same foods their adult counterparts eat. That being said, they do require a high protein diet to ensure they grow and develop properly.

Too much of a good thing can be a bad thing for a baby chick. At this young stage, you want to avoid too many sugary or unhealthy foods. That being said, there are still plenty of healthy options for them.

Here are nine healthy treats your baby chicks will love. Now, these 9 were chosen because they are high in protein or vitamins.

Out of all of the high protein treats you can give a baby chick, meal worms are usually going to be your chicks absolute favorite. Not only are they high in protein, but live meal worms wriggle nicely.

There is nothing cuter than a baby chick who sees a wriggling meal worm, grabs it and runs off happy as can be trying to keep other chicks from stealing it.

Meal worms contain about 20% protein. (source) Chick starter, on the other hand, is typically around 18-20% protein. This puts meal worms right in the desired category of being a healthy and high in protein treat for baby chicks.

A great thing about meal worms is they are easy to raise at home if you wanted. All you need to get started is some oatmeal and a clear plastic lidded container.

Before I started raising chickens I couldn’t even stand the thought of roaches. As a kid, I remember several apartments my mom lived in that were infested with them. My opinion of the insect has 100% changed now.

You see, we aren’t talking about household roaches here. Dubia roaches are raised specifically to feed to other animals. Besides being a great feeder insect for reptiles like bearded dragons, they are an absolute favorite for chickens.

Try not to get the heebee jeebees when you watch the video. They are completely harmless. Put them in a plastic dog dish (they won’t climb out) and let your little ones go to town.

Dubia roaches are around 36% protein and an excellent treat for young chicks. Like mealworms, dubia roaches are easy to raise at home and enjoyed by chickens (and turkeys) of all ages!

Alfalfa hay leaves and greens are a super yummy treat for baby chicks. If you already have alfalfa hay on hand for your horses, donkeys, cattle or goats, this is a great way to scrape up the loose litter that falls off the bales of hay.

Remember that young chicks need especially fine feed, and start to eat larger foods as they get older. The “shake” or fine particles that fall out if you pick up a handful of alfalfa hay and shake it, are perfect to give to baby chicks as a treat.

Alfalfa hay is high in protein. Typically it is somewhere in the 15 – 20% range. First and second cutting (typically referred to as cow hay) is typically the highest percentage protein. With each successive cutting, the protein percentage decreases a little bit but even horse hay quality alfalfa can be around 18%.

While we are on the subject of alfalfa hay, alfalfa sprouts are another great option for baby chick treats. This is a perfect option if you don’t have horses or other livestock that eats alfalfa hay.

Sprouted alfalfa is easily found at most grocery stores. As it turns out, humans like them just about as much as baby chicks.

While a yummy and nutritious treat, because they are mostly water, their protein percentage is lower. Alfalfa sprouts are typically around 3-4% protein.

You may, personally, never think of broccoli as a treat but it can be a fun snack for your baby chicks. Try hanging a broccoli stalk upside down in their brooder.

Baby chicks love to peck at and explore things. The fine, deep green florets on broccoli can be a fun and amusing treat for them. Broccoli has about 2.8 grams of protein for every 100 grams of broccoli.

Do you grow fodder for any of the animals on your farm? Fodder is basically sprouted seeds, typically wheat or barley. This can be an excellent source of nutrition for many animals on the farm, baby chicks included.

The actual protein percentage of fodder will vary depending on the type of grain used. Setting up a fodder system at home can be a fun project the whole family can work on.

When feeding fodder to baby chicks, be sure to break up the root mats as much as possible. You will also want to make sure the fodder is free from any mold spots.

Because fodder is a wet feed, use a bowl or other dish when offering it to your chicks. Depending on their age, most will just peck at / play with it unless you cut it into smaller pieces.

Whether you feed it whole or chop it down to chick sized bits, fodder is a nutritious treat for young chickens.

Back to the insects for a minute. There are lots of high nutrition insects used to feed reptiles that work great as chicken treats as well. Wax worms are one I almost forgot about.

These worms are the larvae of wax months. They are bred specifically for feeding reptiles and are commonly found in pet stores that sell reptiles, especially big box chains.

Wax worms tend to be about 18% protein. They aren’t “gross” to handle and the chicks love them!

You know your cute little bundles of joy hatched from an egg but did you know that egg is also a nutritious treat for them as well? You can serve it a variety of different ways.

Boiled egg makes an awesome healthy treat for baby chicks. It is high in protein and easy for them to digest.

To feed boiled eggs to chicks, just be sure to mash it up really well, mixing the yolk in with the whites. It will give the eggs a nice crumbly texture.

When feeding scrambled eggs to your baby chickens, you will want to be sure to minimize or eliminate any seasoning or oil used to cook the eggs. Its best to minimize those things in their system.

Did you have tacos for dinner last night? Shredded beef, chicken and pork are all safe, high protein treats for baby chicks. Yes, I know I said chicken.

Chickens can safely eat chicken meat as long as it is otherwise safe for consumption. The rule of thumb is that you should never feed your chickens meat that you would not eat yourself.

So as long as you meat is well cooked and stored properly, there is no reason your baby chicks can’t have it as a treat. Just keep in mind that smaller chicks need smaller pieces.

Once your chick starts eating anything aside from their chick starter you should be offering chick grit.

Grit is basically tiny pebbles crushed up. Chickens use grit to help break down hard foods. Grit is what enables a full grown chicken to break down hard shelled corn kernels, for example.

There are typically two types of grit sold at feed stores. There is regular grit for adult chickens and “chick grit” which is specifically for baby chicks.

As soon as you are even thinking about adding treats into your chicks diet be sure to allow them access to chick grit. Chicks with their mom pick it up naturally when feeding on the floor but for brooder chicks, they rely on you to provide it.

Each of the nine suggestions above are a healthy, relatively high protein treat that can be safely fed to baby chickens. You will want to limit the amount of treats you give your babies, though, if you have a large number of chicks you can get quite creative.

Try mixing things up by combining ingredients. A meal worm scramble, for example, would be fun. Likewise, a plate with alfalfa sprouts or fodder, tossed lightly with dubia roaches and a sprinkle of boiled egg on top would probably be quite popular with baby chicks and adult chickens alike!

Just remember that with any of the foods listed above, they should be given as a treat in moderation and not as a meal replacement. Check all foods for freshness. They should be free from mold and rinsed to remove any pesticides that may be present. The best nutrition for baby chicks is a specially formulated chick starter but treats are a fun way to mix things up for your chicks.

I will not feed my chickens anything poultry, cooked eggs maybe. No chicken.

There are certainly lots of other high protein options available for those who share your view!

I read that you can give chicks apple slices without the seeds. Is that correct?