Goats Wasting Hay? Here’s What to Do

Everyone raising goats sometimes worry about the amount of hay their goats are wasting. Goats often prefer not to eat hay that has fallen to the ground. They will often use it for bedding instead of eating it.

What can you do to reduce how much hay is wasted by your goats? Are there ways to reuse the wasted hay? Today we will discuss goats and hay.

Are your goats wasting hay?

If your goats are wasting hay, you can feed them less hay to ensure they eat every last bit. You can place their hay in a feeder to keep it from falling to the ground or give them hay pellets or cubes instead.

In this article, you will learn how much hay your goats need. You will get ideas on the best hay feeders for goats and you will learn so much more about feeding hay to goats.

Whether your goats are wasting a lot of hay or just a small amount, these suggestions below will help you keep your goats eating their hay and not wasting it.

1. Feed the Goats the Quantity of Hay That They Need

Doing this, however, is one of the fastest ways to waste hay. The recommended quantity of hay to feed your goats is 2-4 pounds of hay per goat or 3-4% of your goats’ body weight. (Source)

2. Do not Keep Hay On Bare Soil

First of all, goats will not eat the hay on the soil. Secondly, the hay can become moldy or spoil quickly. The microorganisms (bacteria, fungi, and others) in the soil can harm your goats if ingested.

Hay feeders are specially designed feeding troughs for animals that restrict how much hay can be removed at a time. To reach the hay in the hay feeder, goats have to stick their head through a hole.

Goats with horns can get stuck in hay feeders, so the hole in the feeder should be reduced to allow just the snout of the goats to reach the hay.

Some hay feeder ideas will be shared later.

Even though hay nets are mostly used by horses, you can use hay nets to feed your goats. Hay nets are usually elevated, preventing the hay from touching the ground. You should be careful when using hay nets if your goats have horns because they can get stuck in the nets.

To prevent horned goats from tangling in hay nets, raise the net a little bit higher so that the goats will have to stretch to reach the hay.

5. Feed Your Goats with Pellets Instead of Loose Hay

Goat pellets are great supplements for your goats. They are always available (even in winter). One key advantage of feeding goats with pellets is that they will not waste it.

I hope the five ideas above help you to reduce how much hay your goat wastes. As promised earlier, here are some great ideas for hay feeders.

Do you need ideas on what kind of hay feeder you should buy or construct? The following suggestions are cool and helpful:

This hay feeder is lightweight and prevents so much hay from wasting. If you look at the floor in the photo, you will observe that not much hay is wasted. While this metal stand is portable, it serves the function of heavier hay feeders.

This hay feeder is so cool. With this hay feeder, very little hay will fall to the ground as the hay feeder does not just feed your goats, it also traps hay from falling. Note that it is best for large goat breeds such as the Boer goat breed.

This is by far the easiest hay feeder to construct. Just buy a large 80 liter plastic bin (such as the one above) and drill large holes (large enough for the snout of your goat) on the sides.

As you can see in the picture, the bin is elevated to prevent quick spoilage of the hay (i.e. hay spoils quickly when it touches the ground).

4. A trough with Protector

You can purchase this one, or you can make it yourself with an old bathtub. This hay feeder, however, is not very suitable for goats with horns. The owner of this hay feeder is happy because her goats do not waste hay anymore.

5. Bars Attached to the Wall

Just like the plastic bin hay feeder above, this hay feeder is very easy to make. You can use wooden bars or rebars for this type of hay feeder. If you like, you can reduce the size of the holes so that only the snout of your goats can reach the hay inside.

Which type of hay feeder will you purchase or construct first? What if, somehow, your goats continue to waste hay? What can you do with the wasted hay? Keep reading.

If you have horned goats of any size, you must take extra precautions to prevent injury or even death to your goat.

When looking for feeder options for horned goats, bars and nets are not a generally good idea. Instead, consider repurposing a water trough for feeding hay, pellets or cubes.

You can, of course, use bars or nets but you should do so only if you are around to quickly notice if the goat gets stuck.

What You Can Do With Wasted Hay

In agriculture, nothing is a waste. Make use of the wasted hay with the suggestions below.

1. Put the Hay Back Into the Hay Feeder or Net

If the hay still looks good, place it back into the hay feeder. Goats will not eat hay on the floor but may eat the hay you just placed in the hay feeder. You should shake off the sand from the hay if present. Also, carefully inspect the hay to make sure that it is safe for your goats.

2. Feed Other Animals with the Hay

Even if goats reject hay on the floor, animals such as horses and alpacas do not mind where the hay is. To reuse the wasted hay, you should feed your horse or alpaca (i.e. if you have any) with the hay that your goats rejected. Make sure that the hay is not moldy.

Hay makes great bedding because it serves as an insulator. To keep the floor of your animal shelter warm during winter, use the wasted hay as bedding. You can use it in your chicken coop as well.

Mulching is the practice of spreading any material of your choice on the surface of the soil (and around plants) to prevent weeds from growing, soil moisture from evaporating, etc.

Hay makes great mulch. You should consider using the wasted hay as mulch when needed though, keep in mind that some hay does contain weeds and, if so, you could be creating more work than its worth.

This suggestion is recommended if you find mold growing in the hay. Compost needs dry materials such as hay as sources of carbon (energy) for the microbes that decompose the compost pile. Compost has so many benefits.

Examples of the benefits of compost are:

Why not compost the wasted hay?

What will you use the wasted hay for?

If your goats are wasting hay, you are not alone. You can reduce how much hay is wasted by giving your goats just the right amount of hay, giving them pellets, using hay feeders, etc. You also have so many uses of wasted hay, so no hay is a waste.

After reading this article, how will you prevent your goats from wasting so much hay? What will you do with the wasted hay? Share your thoughts in the comment section below. 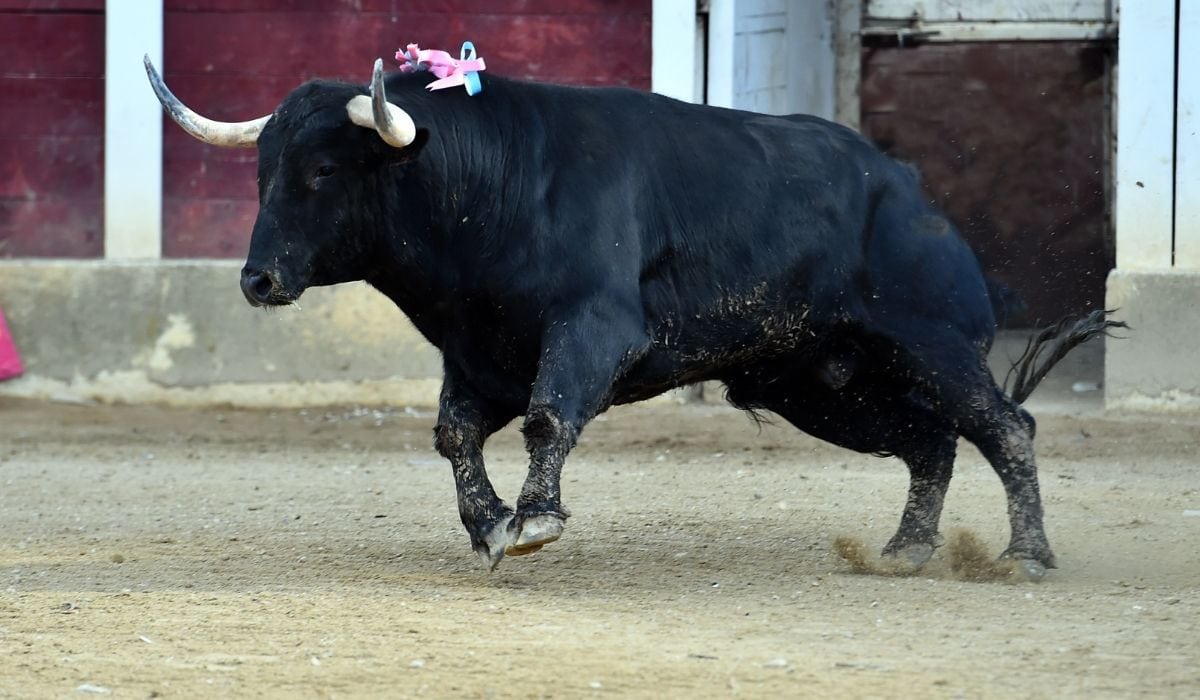 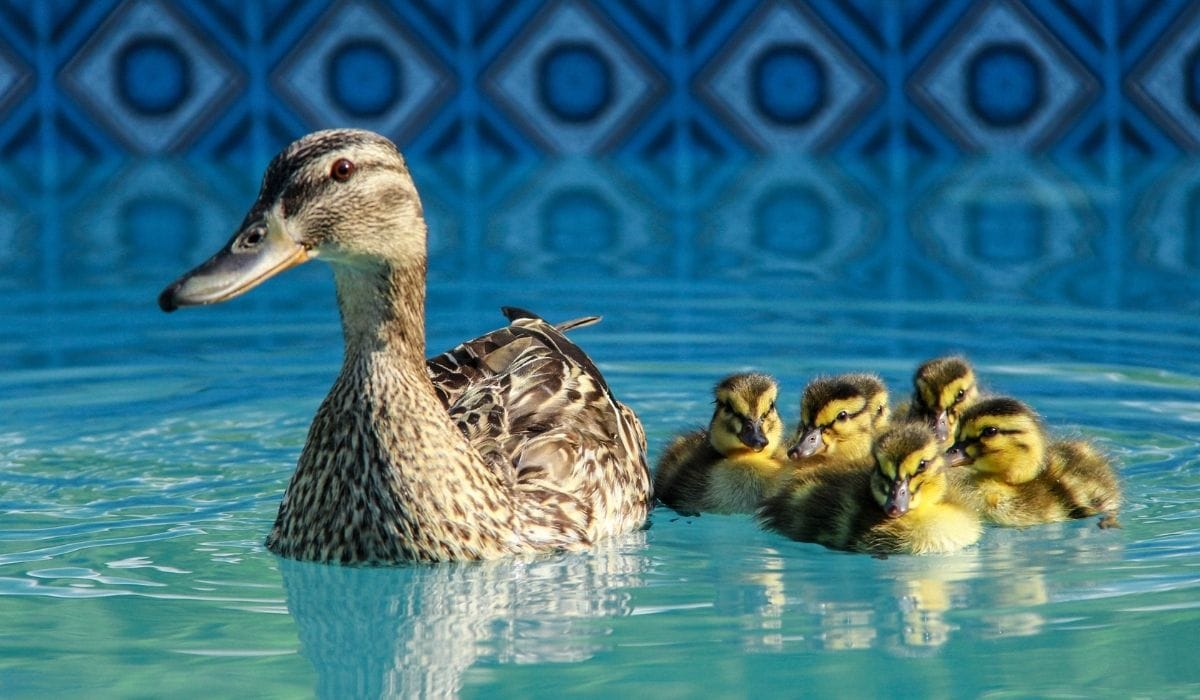