Do Cows Like Being Milked? Hand Milking vs. Machine Milking

The dairy industry relies on milk from dairy cattle and today, more than ever before, the practice of milking is finding itself under scrutiny. Animal advocates around the country are asking the question, is being milked a pleasant experience for dairy cows?

Do cows like being milked? Well, it seems like yes they do! There is no way to know for sure since the cows cannot tell us, however, we do know that cows that have udders full of milk will willingly stand to be milked. The process of milking a cow is almost the same as if a calf were suckling.

There are many animal advocates that argue that the milking process and aspects of care and handling that go along with it are detrimental to dairy cows. The reality is, if dairy farms are managed properly by trained and compassionate human beings, then the cows on that farm often seem to like being milked.

Of course, not every dairy farm is the same. Before you decide which side of the fence you are on, you should learn more about the milking process and form your own opinion.

Do all cows need to be milked?

Not all cows are dairy cows. All healthy female cattle can produce milk, but not all cattle are used to produce milk for human consumption. Cows are typically considered to be either dairy cattle or beef cattle.

Dairy cows are raised specifically for milk production as they are bred to produce large amounts of milk naturally. Jersey, Holstein and Guernsey cows are the most popular dairy cow breeds found on dairy farms.

Beef cows are raised specifically for the beef market and are not ideal candidates for milking. They do not produce high volumes of milk like dairy cows do.

Hand milking is the process of milking a cow using only human hands. Small farms with a few cows can hand milk their cattle daily instead of relying on a machine.

The person milking the cows must wash the cow’s udders and wash their own hands thoroughly before the milking begins. Hand milking is time consuming, but it is a lot cheaper than purchasing and maintaining a milking machine.

n added benefit of hand milking is that the person handling the milking will be able to notice any udder or other health issues early.

Machine milking is where four vacuum-like tubes are attached to a cow’s teats to mimic the hand milking process and extract the milk. A handler is still needed to wash the cow’s udders before the milking machine is connected to the cow’s teats.

The process is said to be no more uncomfortable than if a calf were suckling the milk from the cow itself.

While the actual milking part is handled by the machine, there is a lot of work involved in cleaning and maintaining the machine each day. Milking machines are rather expensive, but they are vital in a large operation.

If a dairy farm has a large herd of cattle to milk, then milking machines are far more efficient and cost-effective than hiring dozens of workers to milk the cows by hand. (source)

Why do cows seem to enjoy being milked?

While there are exceptions, most dairy cows will willingly stand to be milked because they know that the milking will relieve the discomfort from the pressure of full udders.

Dairy cows are well known for being calm and docile to begin with, which makes them much easier to handle in most circumstances.

Once the cows understand that being milked is a positive thing, they will gladly stand still and allow farmers to milk them. If the process were painful, trust me, you could not get a cow to stand still without a fight!

Does it hurt the cow to milk her?

It does not hurt a cow to milk her any more than it hurts when her calf would drink milk from her naturally. The same motion that a calf does to drink is replicated by a hand or machine to draw the milk from the cow.

Cows produce milk naturally when they reach the end of their pregnancy in preparation for their calf’s arrival. If the calf is not around to drink the milk, a dairy cow will need to be milked by the farmer because they will produce so much milk that it will become uncomfortable.

What happens to a dairy cow’s calf?

On most large dairy farms, a cow’s calf is separated from its mother a few days after birth and raised separately. The calves are bottle-fed milk by farmers and raised with other calves.

This is done because if the calf stayed with their mother, the farmers would be unable to get high volumes of milk from the cow because the calf would drink most of it. (source)

Can you milk a cow nursing a calf?

Yes, you can milk a cow that is also nursing a calf! This practice is called milk-sharing. Dairy cows produce a lot of milk, far more than their calf will need to grow and thrive. Milk-sharing allows farmers to keep their cows and calves together while also providing a milk supply for the farm.

Most beef cow owners do not milk-share their breeding cows because beef cows do not produce excess milk like dairy cows do, and they do not want to take all the milk the calf will need.

Large dairy farms also do not practice milk-sharing because it is not cost-effective. Smaller dairy farms often do milk-share with calves.

Milk-sharing provides several benefits not only for the cows but also for the farmers as well. The best part is that the mother cows get to bond and stay with their calves for months instead of days.

Milk-sharing allows farmers to take breaks from milking if they want or need to for any reason without having to pay someone to milk their cow or cows while they are gone.

Benefits of milking a cow

There are many benefits that come from milking a cow. Milking a cow not only provides a source of milk for various dairy products, it also to provides milk for orphaned calves.

The milk from dairy cows is turned into pasteurized milk that is consumed by millions of people daily, but it is also one of the base ingredients in butter, yogurt, cheese, heavy cream, coffee creamers, and desserts. (source)

Milk derived from dairy cows can also be used to feed newborn cows that have been orphaned unexpectedly or abandoned by their mothers. Dairy farms can provide a source of cow milk for other cattle ranchers who need cow milk immediately for their calves for a variety of reasons.

Milking dairy cows is also a lucrative business. Raising and caring for cattle of any kind is not cheap and requires a lot of money just to sustain the farm, let alone provide a profit for the owners.

Negative aspects of milking a cow

One downside of milking a cow means that the cow’s calf is more than likely not drinking that milk. The natural bond that would have occurred between the calf and its mother doesn’t develop if the calf is fed milk from a bottle by a human. Many people see this as a cruel aspect of the dairy industry.

Also, as with any animal-based industry, there are always a small percentage of people who do not treat the animals humanely. Inexperience, lack of compassion and a focus on money can lead some people in the dairy cow industry to treat the cows poorly and cause stress or injuries.

It is important to remember that this is not the norm and the vast majority of dairy farms treat their animals with respect and compassion. Not only do they love their cattle, they also know that the better their animals are cared for, but the more successful they will also be in the industry. (source)

There is no way to get a direct answer from cows about whether or not they like getting milked. However, the truth is, if a cow’s udder is full of milk, they will thankfully and willingly stand to be milked by either their calf or human intervention. If a cow did not like being milked, then farmers would be unable to milk them as easily as they do.

There are many benefits to milking dairy cows, but, unless the farmer is milk-sharing, the milking process does disrupt the bond between the cow and its calf. 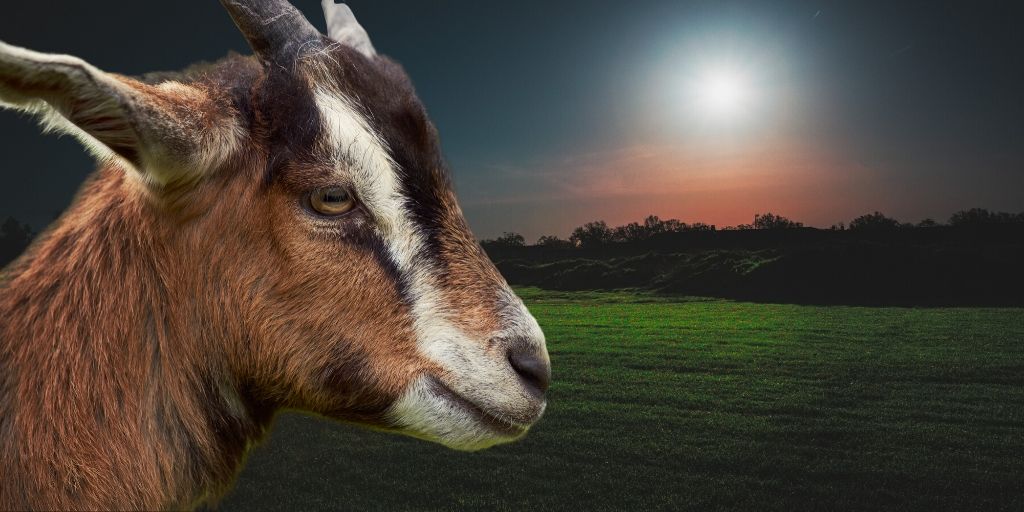 Can Goats See in the Dark? & Other Facts About Goat Vision
← Read Last Post 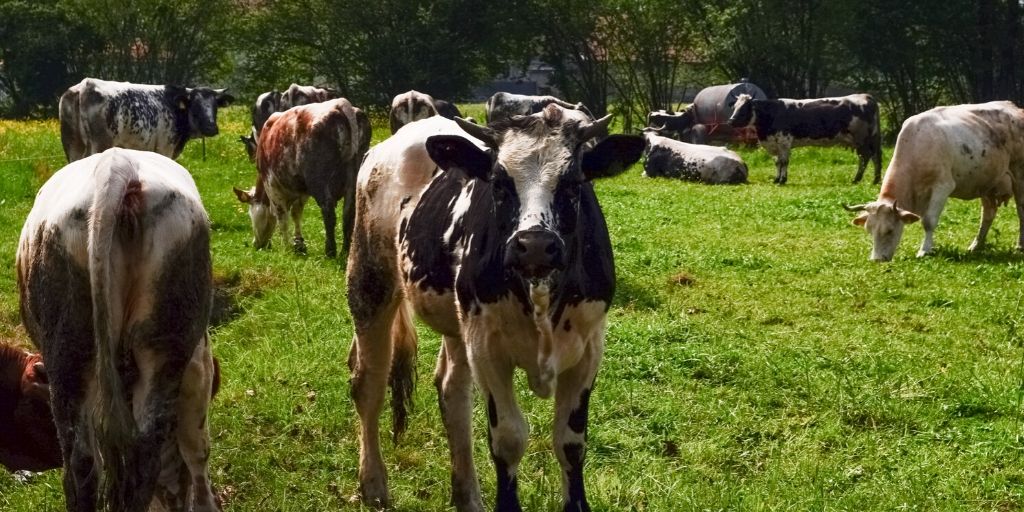