9 Differences Between Oxen, Cows, and Bulls

The term cattle is commonly used when referring to both cows and bulls. But this term applies to more than just those two animals.

Cattle are a family of large domesticated bovine animals typically kept for labor, milk, or meat. Cattle all fall under the same scientific classification of Bos Taurus. Since cows, bulls, and oxen all belong to the cattle family, they share a variety of common features. For example, members of this family usually have cloven hoofs and horns.

While these animals are all related to one another, they also have a number of distinctions between them. They have different uses, appearances, and temperaments.

Oxen, cows, and bulls should be viewed as unique animals.

Let’s explore 9 differences between them and how they stand out from one another.

The origin of bulls and cows dates back 10,000 years. They are said to have originated from a group of wild beasts called Aurochs. Aurochs were up to 2 times the size of modern cows and bulls.

Aurochs were domesticated by ancient dwellers in Asia and Europe. Domestication and natural selection took its toll over many years until the wild beasts became more tame and docile.

Aurochs existed through the early 1600s when hunting and changes in habitat led to their extinction.

Although oxen are genetically similar to cows and bulls, they have a different origin. Oxen come from bulls; when a bull is neutered, it becomes an ox. The purpose of the neutering procedure is to make them more docile.

The first group of oxen was said to have surfaced circa 4000 BC. Wild oxen moved freely across Europe and North America in the past. But currently, they are no longer seen in these regions.

Wild oxen still roam in Africa and Asia. But in Australia and South America, there are no wild oxen breeds. In the regions without wild oxen, you may still find domestic oxen.

Cows are kept mainly for 2 purposes: milk and breeding. In their first 2 years, female calves are known as heifers. During this period, they do not produce milk or calve.

When a heifer starts calving, it becomes a cow and starts producing milk. On average, after 10 years, cows stop calving and producing milk. When this happens, they are used for meat. Their skin could also be used for making leather.

Oxen are mainly used for labor on a farm. They help to pull plows, carts, and some machines. Oxen also help in threshing grains by trampling on them. Oxen may also be used for beef when they are no longer needed for labor.

Of the 3 animals, cows are the smallest. Most times, oxen are relatively larger than bulls.

Although oxen are relatively larger than bulls, they are usually not as heavy. Compared to oxen, bulls have more lean meat and are more heavy.

It’s almost impossible to tell the difference between cows, bulls, and oxen without looking toward their hind legs.

Cows have udders hanging down from their rear flank. In younger cows (heifers), the udder might not be evident, but you’ll find teats in place of it.

Oxen are less temperamental than cows and bulls. They have lower levels of aggression and tend to be more docile. Neutering oxen helps contribute to their calmer nature.

Cows are very aggressive especially when in conflict with other cows. In fact, aggressive behaviors between cows can be worse than those between bulls.

Horned cows and bulls commonly show their aggression by striking their target with their horns. Those without horns attack their target by kicking, blunting, or crushing.

The flavor of meat that comes from cattle usually depends on age, tenderness, and marbling.

Generally, older cows, bulls, and oxen have tougher and drier meat than their younger counterparts.

Between bulls and oxen, bulls have leaner, more muscular meat. Oxen have relatively more fat in their meat which causes it to be more tender and more moist. The relatively higher fat content in oxen meat is partially due to their lower testosterone levels as compared to bulls.

The taste of cow milk is affected by various factors including the following:

Dairy yearlings usually cost between $450-$600 per calf while beef yearlings cost $650-$750 per calf. When the calves grow older, they become more expensive based on their weight.

Since cows are usually kept for dairy purposes, their starting price is comparable to the price of dairy yearlings. A full-grown dairy cow can cost between $900-$3000.

Bulls are usually kept for breeding and for beef. Prices for bulls are similar to prices for beef yearlings. A full-grown bull can cost between $3000-$5000.

Oxen are sold across the United States, and they are relatively more expensive than bulls. This difference in price is partly due to the extra expenses, time, and facilities needed to castrate bulls into oxen.

The relatively lower demand for oxen might also play a part in its relatively high price.

Bulls are typically slaughtered for meat about a month or two before cows and oxen reared for the same purpose. Also, they produce relatively more lean muscle meat than cows and oxen.

Cows and bulls are fertile. They can breed and produce calves. On the other hand, oxen are castrated. They are infertile and cannot take part in breeding.

Overview of Differences Between Oxen, Cows, and Bulls

Why Do Ducks Quack at Night?
← Read Last Post 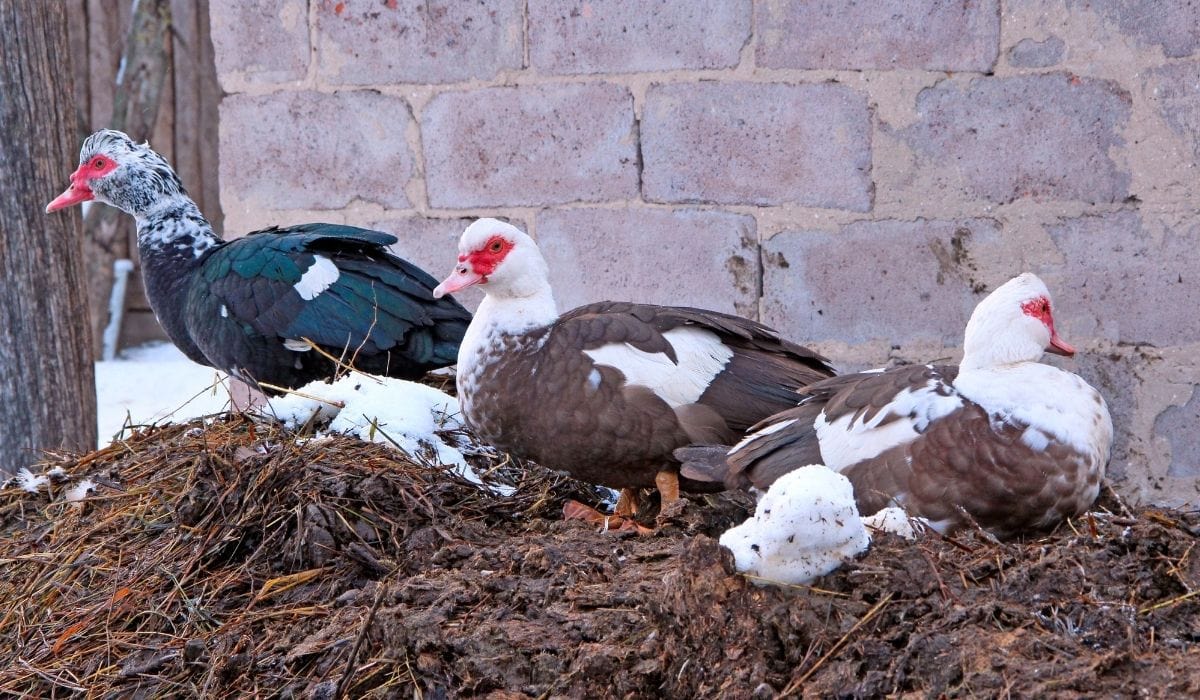