Can Chickens and Pheasants Breed?

Of the 10,000 bird species worldwide, about 10% have bred with other bird species at least once. Considering this fact, you might be wondering if chickens and pheasants can crossbreed.

Can chickens and pheasants breed? Chickens and pheasants can breed with each other and produce viable offspring. Both species of birds belong to the same family – Phasianidae. Therefore, their genetic distinctions are not very extensive. This is why successful breeding between their species is possible.

In the rest of this article, we discuss further details of breeding efforts between chickens and pheasants. We will talk about the possibility of raising these species together and much more.

Can Chickens Crossbreed With Pheasants?

Chickens can crossbreed with pheasants thanks to their genetic similarities. Both species are members of the Phasianidae family. So, crossbreeding efforts between them births intergeneric chicken-pheasant hybrids.

Pheasants of the same genus as the Red Goldens and Lady Amherst are Ruffed Pheasants and can crossbreed. The hybrid offspring of these pheasants come in a superb array of patterns and colors that make breeding pheasants quite addictive and alluring.

The different color variations of the hybrids tend to excite a lot of people. Although many people feel playing with the genetics of captive pheasants through hybridization is not unethical, it is considered unethical by many collectors and breeders. They prioritize and appreciate the purity of pheasant species.

Can You Raise Chickens and Pheasants Together?

You can raise pheasants and chickens together without any problems provided you follow some simple guidelines.

Some of these guidelines are:

Can Birds Mate With Other Types of Birds?

Birds can indeed mate with other types of birds. Most birds will often mate with a species closely related to theirs. However, they occasionally breed with birds of different genera.

When a bird mates with a bird of an entirely different bird species, the result is a genetic blend of both, called a hybrid.  Most times, the hybrid produced is not usually half one bird and half of the other. But there are some noticeable differences in facial structure, tail length, coloring, and height.

Mating between different species is not unusual. However, the ability to produce hybrids is low, and hybrid birds are often born sterile.

Hybrid birds typically have a combination of traits from both parents. However, the combination might be unequal, with traits of one parent species being more predominant than the other.

When you crossbreed a Blue-winged Warbler with a Golden-winged Warbler, the result will not always be the same. What you get is either a Lawrence’s Warbler or a Brewster’s Warbler. These hybrids were first found in the wild in 1874.

Both hybrids are a bit common, and you can find them throughout the eastern region of the United States.

These hybrids have some controversy about their parents because they are closely related. Many scientists are still wondering if they should be considered one or two species.

Lawrence’s and Brewster’s Warblers can mate with Golden-Winged and Blue-Winged Warblers. The hybrids produced are indistinguishable from other pure species but not from Warbler hybrids.

The Barnes’ Astrapia is a hybrid bird that lives in the high-altitude forests of Papua New Guinea. It is a cross between Princess Stephanie’s Astrapia and the Ribbon-tailed Astrapia. Most offspring produced through this hybridization tend to resemble one parent.

The Barnes’ Astrapia is a very elusive bird, and it is rarely seen.

When geese and swans mate, the offspring produced is called a swoose.

In captivity and nature, the known swan-goose pairings include Canada Goose & Black Australian Swan and Domestic Goose & Mute Swan. The offspring from this cross does not usually survive past fledgling.

Rackelhuhn is a cross between a Black grouse and a Western Capercaillie or a Wood grouse.

The coloring of a Rackelhuhn is uniform because of the similarities between its parents. It is sometimes difficult to identify a Rackelhuhn as a hybrid at first glance. It is usually dark-colored or black, while its wingtips are lighter.

Although the Rackelhuhn is very attractive, it is unable to transfer its genes because it is sterile.

The last hybrid bird on this list is called Mules. This bird was first discovered in the Victorian era when a Canary was crossed with a Goldfinch.

The result of the cross was a good-looking and attractive singing bird. Although this hybrid is sterile, they are still being bred to this day.

Chickens and pheasants can cross breed, although the hybrid offspring produced are usually sterile.

It is also not uncommon for birds of separate species to mate with one another, particularly when the species are closely related. 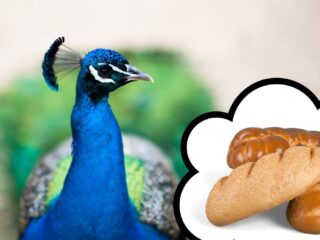 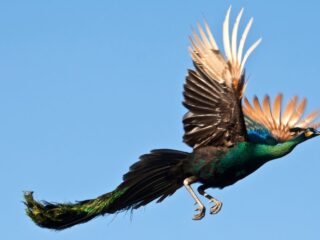