Can a Cow Have Twins and Nurse Two Calves?

Most times, cows birth only one calf in a single delivery. But in rare cases, your cow may birth more than one calf at a go.

Can a cow have twins/nurse two calves?

A cow can have twins and nurse two calves. Cows give birth to twins when there is double ovulation or when an embryo splits very early in development.

Twin calves are usually fraternal, not identical. Two downsides of your cow having twins are increased mortality and decreased body weight.

According to a USDA survey, the frequency of twins during calving is about two percent of pregnancies. But what happens when your cow falls within the two percent?

Can a Cow Have Twins?

Cows can have twins. Every farmer looks forward to having a healthy calf from a cow. But sometimes, they get two.

Twin calving is common among dairy breeds. Genetically, if these cows have birthed twins once, they have high a chance of gestating twins again. Thus, it is not uncommon to see cows with two to three sets of twins.

Having twins comes with some challenges and questions. You need to understand how twins develop and the best practices for managing the twins.

You also need to put everything in place to ensure that the nursing of the twin calves goes smoothly.

Can a Cow Nurse Two Calves?

A cow can nurse two calves, especially a mature and experienced cow. It is recommended that one calf be grafted to another cow if possible. Sometimes, the mother cow might reject one of the calves and leave it neglected.

Twins require more milk to help them grow and thrive. While a ranch cow can nurse two calves, things are much easier for them when supplemental feeds are provided for the calves.

Beef cattle do not produce a large quantity of milk. Hence, the farmer may need to mix and feed milk to the calves in bottles.

Besides being able to feed milk to the calves, you should check that the cow is strong enough to nurse them.

How to Know if Your Cow Is Having Twins

Gestation is commonly an exciting period for farmers. There’s that joy that one or more calves will be joining their cattle family.

If you are eager to know if you’ll be getting a single calf or twin calves, you should pay attention to these signs:

Having twin calves isn’t as rosy as it may sound; the chances of complications are relatively higher.

Many times, twin calves come with health issues. For one, the chances of their survival are not as high as that of a single birth.

It is common to find one calf dead at the start of pregnancy long before they are calved.

Some cows even lose the twin pregnancy late into gestation. Sometimes one or both calves die during birth due to health complications at birth.

Sometimes, the calves have low birth weights, and this might contribute to a decrease in their chances of survival. Since they are usually calved earlier, they could come out weak and not fully grown.

Dystocia also contributes to reduced calves’ survival. Dystocia is an abnormal or difficult birth. It occurs when the cow can’t deliver without assistance. It is often the main reason twins have a low survival at birth.

Can a Cow Have Twins Months Apart?

Yes, a cow can have twins months apart. In a situation where a cow has two cycles some months apart, and it conceives during each cycle, it may birth the two calves months apart.

The calves are likely products of two different ova fertilized during two separate mating periods. Although this condition is rare, it is not unheard of.

Considering twin calves have low survival at birth, they will most likely need extra care and support to develop.

The type of care to be given to calves depends on the ages of the calves. In caring for calves, you have to provide various things, ranging from health and nutrition to shelter and socialization.

When you have a newly born calf, look closely at it and clear all afterbirth obstructions from the nostrils.

Trim and clean the navel of the new calf with a disinfectant, preferably with iodine. Iodine will dry out the umbilical cord.

Cleaning the calves helps prevent any form of infection that can hamper their growth.

According to experts, calves need about 88 to 123 ounces of colostrum within the first hour of birth. Colostrum is the first breast milk a cow will produce after giving birth.

Some farmers give the newborn calves vitamins and also vaccinate them against pneumonia and scour.

Unlike humans, cows do not pass passive immunity to their calves through the placenta. This is why colostrum is essential.

Besides giving the calves colostrum, you have to tweak the nutritional care you give them according to their ages.

Calves need to be sheltered appropriately during harsh or extreme temperatures. Especially since they do not have enough fat to insulate themselves during cold temperatures.

Ensure you give your calves extra bedding or blankets when the temperature is low.

When the temperature is hot, the calves should be provided with gentle misting fans. Avoid overcrowding to prevent overheating.

Calves should be separated from adult cows for the first few months of birth until they can survive on their own.

After some months, you can then introduce the calves to the cows. Make sure you monitor them closely to ensure the safety of the calves and the cows.

Since the two calves share a placenta, there is a chance that the hormone produced by one twin mixes with the other.

When the hormones mix, it could make the female twin infertile. It could also lead to the female twin having a vagina with an abnormal form. A heifer with this condition is known as a freemartin.

Sterile heifers are called freemartin heifers, and they come with a reproductive organ that mimics that of a castrated bull.

Depending on when the embryo divides, not all mixed twins pregnancies produce sterile heifers.

In cases where both calves are heifers, neither of them comes out sterile.

How to Know if a Heifer Is Sterile

Freemartins usually have shorter reproductive parts. When the length of the reproductive organ is less than two inches, the heifer is probably sterile.

You can also wait till the freemartin heifer reaches breeding age to see if it shows any signs of cycling. Freemartins cannot produce milk. Hence, they are kept solely for meat purposes.

Cows can have twins and nurse two calves. Getting two calves might come with challenges, and it could put some pressure on the cow too. You should consult with a veterinarian for advice when you’re expecting twin calves. 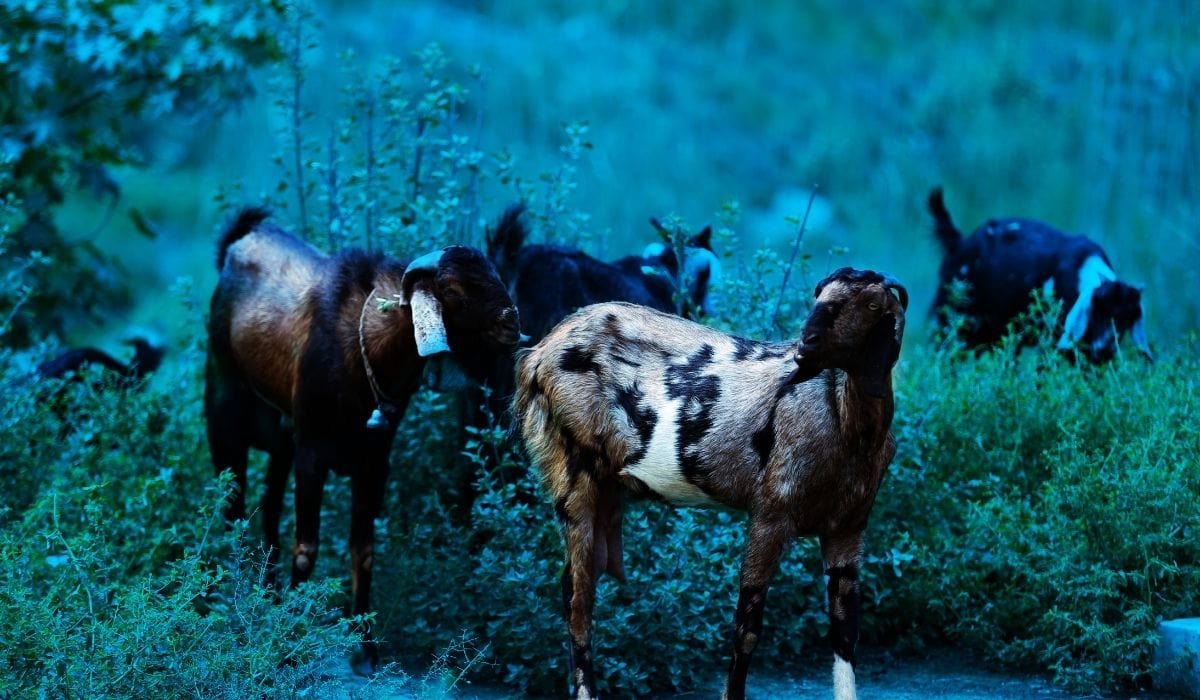 Can You Leave Goats Out Overnight?
← Read Last Post 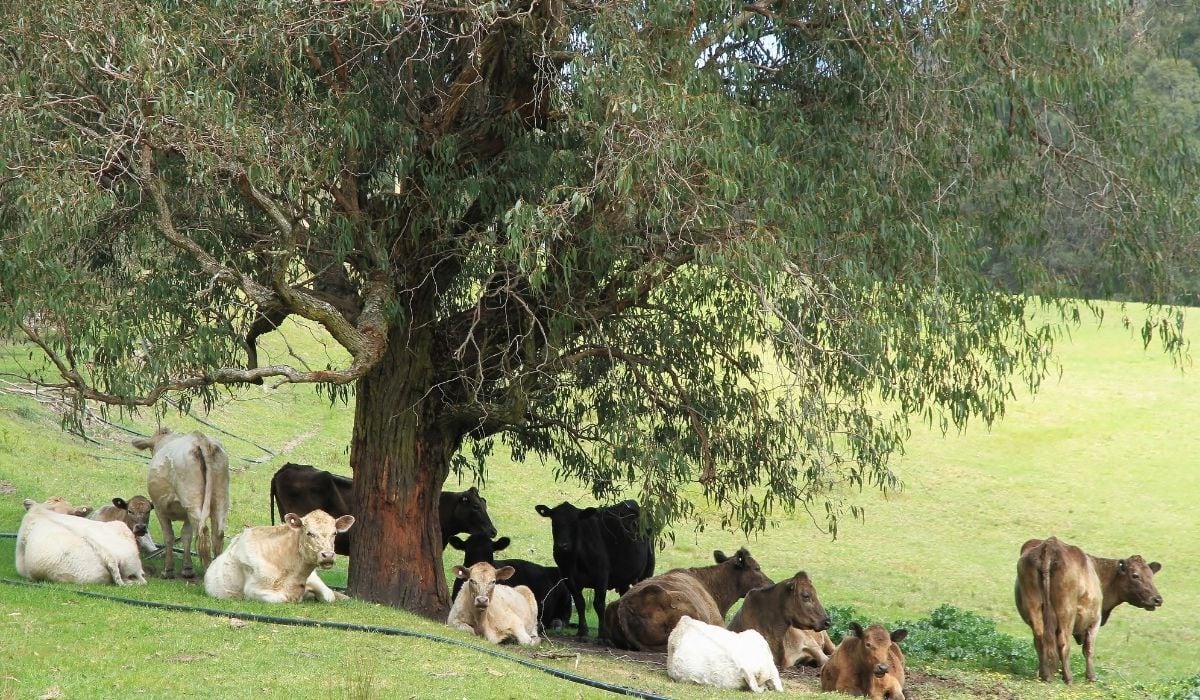 Hi Tammy, Most cows should have more than enough milk for two calves. In most cases you should not supplement the second calf because the cows milk supply will adjust to meet demand. If you are supplementing, the demand is less and she may produce less. It's best for you to work with your veterinarian to make sure both calves are getting the nutrition they need.