One of the most easily noticeable differences in the more than 120 duck breeds in the world is the color of their plumage.

Ducks come in various colors: blue, beige, black, white, yellow, green (to name a few). In some cases, they even have multiple plumage colors.

Black ducks stand out with their distinctive color in contrast to nature. But not all black-feathered ducks are the same. In this article, we’ll review 8 unique black duck breeds in detail.

The East Indie Duck (also known as the Black East Indian) is the oldest bantam breed of duck.

While this breed is believed to have originated in the United States, its actual origin is not known. Although its name includes East Indie or East Indian, the breed does not originate from that region.

East Indie Ducks have some similarities with the North American Cayuga Duck. For one, they share the same epistatic color genes. Both breeds also lay eggs covered in a dark pigment that can be washed off.

East Indie Duck plumage is quite unique. Although the base color of their feathers is black, it has an iridescent appearance with green and shiny coloring.

East Indie Ducks have black feet and legs. Although they have dark plumage at the start, females usually grow out white patches as they become older.

East Indie Ducks are quite shy, calm, and quiet. They are commonly kept for ornamental purposes and for pest control.

The egg production rate differs across strains, but you can expect 40-100 eggs per year. On average, drakes and ducks from this breed weigh less than 1 kg.

Cayuga ducks have their origins in the United States. They take their name from Lake Cayuga, which is located the western part of New York State. This breed was developed between 1830 and 1850 from cross-breeding between the Rouen and the East Indie Duck.

Cayuga ducks have black plumage with an iridescent beetle green sheen. They have black bills and legs, dark brown eyes, and black shanks.

Cayuga ducks are quite durable, and they adapt well to cold weather. They are also great foragers.

They are reared for eggs, meat, and ornamental purposes. On average, Cayuga ducks lay 100-150 eggs yearly. Their eggs are incubated for 28 days before they hatch.

Cayuga ducks sit on their eggs longer and more often than most other ducks, so you may not need to incubate the eggs yourself. If you do choose to incubate them, confirm the correct temperature required for each day.

Not quite as blue as the name says, Swedish Blue ducks originated from Pomerania, a region that used to be part of Sweden.

Swedish Blue ducks are medium-sized birds with adult weights ranging between 5.5 and 6.5 lbs. Their plumage commonly has a blue slate with a white patch around the breast region.

Swedish Blue drakes have dark-blue oval heads with green bills. But the ducks usually have bills and heads that match the color of their body.

Both males and females have reddish-brown legs with some greyish patches in some places.

Although blue varieties of this breed are standard, the blue plumage comes in other variants. Swedish Blue ducks can be black, white, silver, or a mix with a splashed pattern.

Swedish blue ducks are bred for their meat and eggs. They lay as many as 150 eggs every year, and their eggs are white or tinted with blue or green.

Swedish Blue ducks thrive when allowed to move freely. Besides being bred for meat and eggs, they are also kept as pets and are known for their great temperament.

The Pomeranian duck breed shares origins and ancestry with the Swedish Blue duck. They originate from Pomerania and from the same ancestor as all other northern European ducks.

Pomeranian ducks are medium-sized and typically weigh between 5.5 and 6.6 lbs. They feature predominantly black or blue plumage.

The black variety comes with a white patch around the breast region, and its plumage gives off an iridescent green sheen. The bills are dark, the legs are dark, but the eyes are dark brown.

Pomeranians are great at foraging. They are social, lively, and chatty. You might find some that are more aggressive than others.

They are great watch birds since they are always loud when people and other animals approach.

Pomeranian ducks are kept for meat and eggs. You can expect between 70-100 eggs from them every year.

American Black ducks are large ducks native to North America. This breed of ducks is quite similar to the mallards. However, they have darker plumage.

The female and male American Black ducks have similar plumage: black body with a pale brown head. One difference between them, however, is the color of their bill. The females have dull green bills, while the males have yellow bills.

American Black ducks are dabbling omnivores. They feed on plants most times, but during the breeding season, they increase their animal matter consumption.

The American Black duck is commonly found in freshwaters such as lakes and ponds. They have a clutch size of 6-14 eggs with an average incubation period of 30 days.

The ducks lay their eggs in concealed areas. You’ll find their nests in marshes, woody/grassy islands, croplands, or uplands.

American Black ducks are great swimmers, but they are not great at flying. They are slow and heavy in flight.

They are usually monogamous during the breeding season, and they may even stay with the same mate for subsequent seasons.

The African Black duck is a forager commonly found across Africa. It can be found in South Africa, Ethiopia, South Sudan, Cameroon, Nigeria, Rwanda, Gabon, Guinea, and Kenya.

You will most likely find African Black ducks in fast-flowing streams and rivers, but they also stay near ponds.

They prefer water sources with woody or rocky substrates so they can stand on these firm surfaces while searching for food.

African Black ducks have black plumage, black bills, and orange legs. Their plumage contains some white spots around the back and the rump.

African Black ducks have a clutch size of 4-8 eggs with an incubation period of 25-26 days. On average, they live for 20-30 years and reach maturity in 1-2 years.

Black Scoters are large sea birds that live across North America. They molt in places like Alaska, Bristol Bay, and the St. Lawrence River.

Black Scoters breed around the northwest and southeast of the Hudson Bay in Labrador and Newfoundland. During fall up till spring, they tend toward oceans and coastlines where shellfish are plentiful, and the water is shallow.

Male Black Scoters are quite distinct from the females. They have all-black plumage. Their bills are also black but with some yellow region.

Female Black Scoters have brownish plumage with straight black bills. Their face plumage is pale brown while their head has a dark-brown cap.

Black Scoters are diving omnivores. They feed mainly on aquatic invertebrates, but they also eat plant matte especially during summer.

They have a clutch size of 5-9 eggs with an incubation period of 27-31 days. The oldest Black Scoter was recorded to have lived for 10 years and 6 months.

There are three subspecies of this duck breed: the Island black duck, the Australasian duck, and the New Zealand grey duck.

Of the three subspecies, pure forms of the New Zealand grey duck have drastically reduced. This reduction may be a result of hybridization with mallards.

While they are called Pacific Black ducks, most of their plumage is actually brown. They have gray bills and dark legs.

Pacific Ducks usually breed when there is enough food and water. Their breeding season usually coincides with the beginning of heavy rains.

The female Pacific Black ducks initiate courtship by displaying some ritualistic moves such as preening, wing flapping, and bobbing.

Pacific Black ducks are omnivores, but most times, you’ll find them eating plants. They eat a lot of aquatic seeds, leaves, and weeds. Then they supplement their plant diet with small aquatic animals such as snails, insects, and crustaceans. 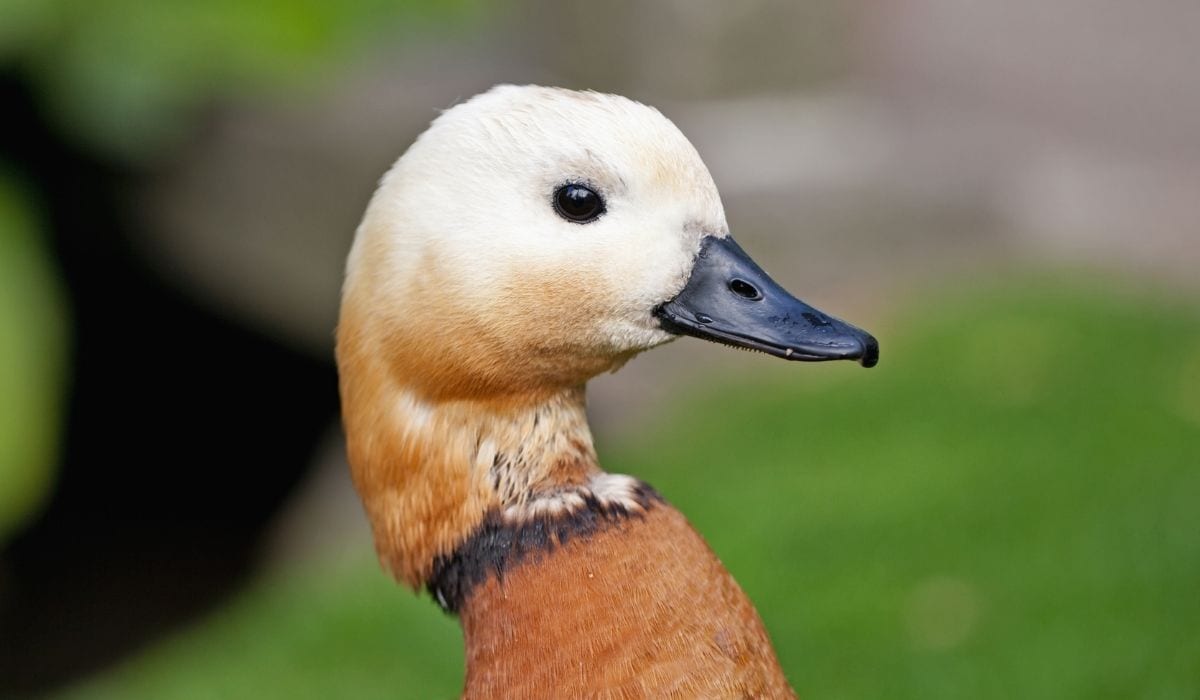 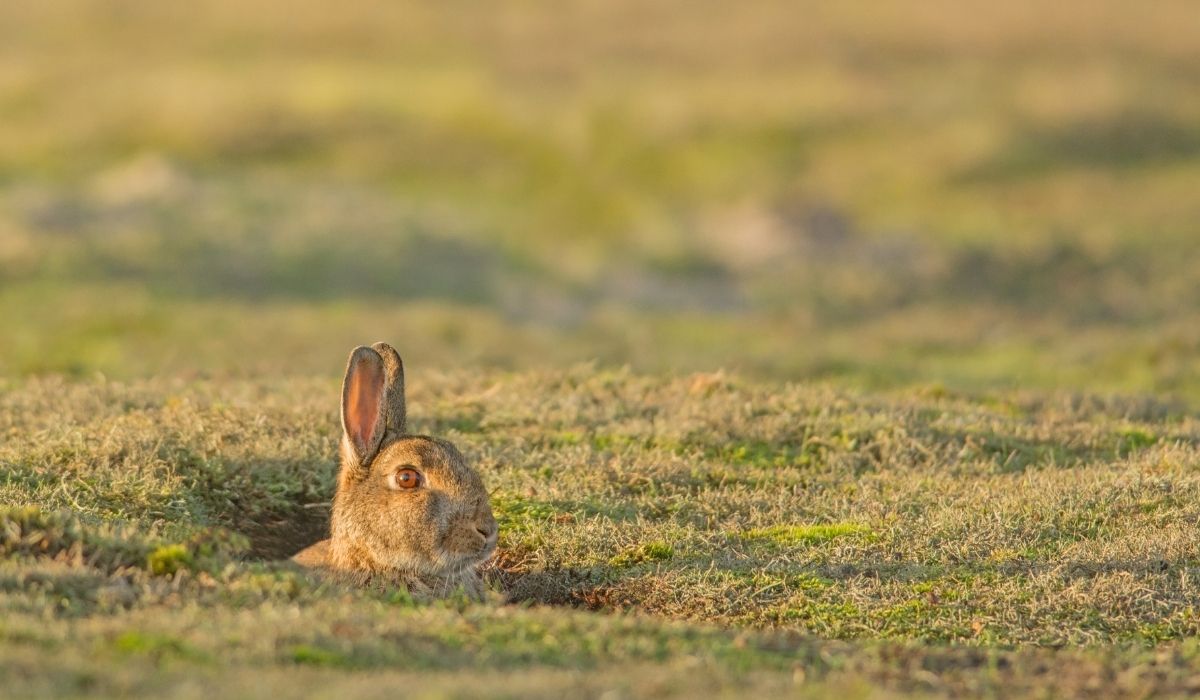 Do Wild Rabbits Bite? (and 4 ways to catch one)
Read Next Post →
Click here to cancel reply.