The humble chicken has been around for centuries, providing meat, eggs, and feathers to humans. Farmers use chickens to fertilize their crops and to keep pests under control in their fields. Others simply keep chickens as pets.

The Ameraucana chicken is a pretty bird with a varied color palette. The officially recognized colors for this breed are black, blue, blue wheaten, brown-red, buff, silver, wheaten, and white. The legs are slate blue to black, and the skin and the bottom of the foot are white.

This breed of chicken was bred to retain the blue-egg gene derived from the Araucana chickens brought from Chile and was accepted to the American Poultry Association in 1984.

A unique trait of the bird is the distinct, blue-shelled eggs laid by the females. These birds are popular amongst chicken breeders because of their beautiful colors.

What Are The Official Ameraucana Colors?

There are eight officially recognized colors for the Ameraucana chicks and bantams, while a ninth color, self blue, has been added for large fowls only.

Lets have a look at each color and discuss which color is found on each bird.

Ameraucana bantam females are covered in black plumage across their bodies. They have distinct slate black feet and reddish bay eyes. They are smaller than the males.

Ameraucana large fowl females have black feathers across their bodies with the distinct slate black feet and reddish bay eyes of the Ameraucana breed.

The males are much larger than the females with the same body, feet, and eye colorings. Their tale plumage is more pronounced, and their red pea comb is more significant than the females.

Both bantam and large fowl varieties have slate black feet and dark beaks.

Blue bantam chicks have dark grey fluffy feathers, with a touch of yellow on their wings and a dark beak, whereas the large fowl chicks have mixed light grey, yellow and white colors across their bodies and a lighter beak. Both varieties have slate black feet.

Slate back feet and a dark beak are a characteristic shared by both male and female.

The larger male has a more pronounced black plumage covering his wings and tail with a grey muff and beard and a red pea comb.

The grey feathers are interspersed with white and edged in black. She has darker head feathers with a dirty white muff and beard.

The male has similar feathers covering his body with black wing and tail plumage.

His muff and beard are black and grey with a red pea-shaped comb. A black beak and slate black legs and feet are common to both.

The blue wheaten bantam female has white body feathers with rust-colored head and neck and wingtips. The raised tail feathers are different shades of white, rust, and blue.

The male has majestic black tail feathers, shades of orange wings feathers, and a grey muff and beard with a red pea comb. Male and female have black beaks and slate black feet and legs.

The large fowl hen has white feathers across her body with light brown wing and tail tips and a rusty color covering her head. She has a white beard around her neck.

The rooster has scalloped grey feathers across his body and wings with black plumage on his tail. He has bright orange around his neck and his wings’ tips and a white and grey muff and beard.

Male and female have a black beak and slate black legs and feet.

Both the bantam and the large fowl chicks are covered in black and grey fluffy feathers with black feet. Both varieties have a distinctive light patch on the top of the beak.

Ameraucana bantam females have black bodies and wings with a spray of orange around their collar.

The male is similar, but his collar is more pronounced.

They share the common traits of the black Ameraucana, sharing the same slate black feet and legs and a black beak. The male does have a pronounced red pea comb.

Ameraucana large fowl female has a mottled black color across her body, tail, and wings. Her head is rust which flows down along her neck.

The male is iridescent black across his body, tail, and wings, with an orange mantle flowing from his head over his shoulders.

His muff and beard are black with a pea-shaped comb on his head. Black beak and slate black legs and feet are common to both.

Ameraucana bantam chicks are pale yellow and white with a light beak and feet. The large fowl chicks are a rusty color with a slightly darker head, a rusty beak, and feet.

Ameraucana bantam females, although smaller than the male, look very similar. They both have rust-colored feathers across their bodies with a light beak and slate black legs and feet.

The tail feathers stand up on both the male and the female, but the male’s tail feathers are more pronounced. He does carry the distinctive pea-shaped comb on his head.

Ameraucana large fowl females and males share the same color feathers across their bodies, wings, and tails.They are both predominantly rust-colored with a splattering of white.

The male’s plumage is darker than the rest of his feathers, with his muff and beard multicolored and a red pea-shaped comb. The beak is dark with slate black legs and feet.

Silver bantam chicks are multicolored with white and yellow bodies, brown on the back of their wings, and black and white stripes running from their heads down to their tails.

Feet and beaks are light in color. The large fowl is similar in color but does not have the same yellow body.

The male is more majestic looking with a black body, black and white wings, and black tail feathers. He wears a white-feathered mantle around his shoulders and has a pronounced pea comb and a black muff and beard: dark beaks and slate black legs and feet.

The Silver Ameraucana large fowl female, is grey across her body and wings with white feathers interspersed on her neck and darker feathers on her tail.

The male is larger and more regal with a black body and plumage, with white-tipped feathers and a mantel.

He has a black muff and beard with a red pea-shaped comb. A black beak and slate black legs and feet are common to both.

Ameraucana bantam chicks have white bodies and wings with a splash of pale yellow on the head, back, and wings. The tips of the wings and the back of the head have a thin black stripe running down them.

Ameraucana bantam female is predominantly white with shades of orange across her neck, back, and wingtips. The stand-up tail is interspersed with white, orange, and black. She has a brilliant white muff around her neck.

The much larger male has a black body, tail, and wing feathers with splashes of bright orange on the wings’ tips.

He has a black muff and beard with an orange neck. Black beak, slate black feet, and pea-shaped comb are common characteristics.

Ameraucana large fowl female has a white body with mottled orange and white wing feathers and black wingtips. Her tail is predominantly black with white stripes.

The male has grey feathers on his underside with iridescent black plumage covering his tail and wings.

He has a black muff and beard surrounded by a flowing bright orange mantle and a pea-shaped comb on his head. A black beak and slate black legs and feet are common to both.

White Ameraucana bantam chicks are white and pale yellow with light beak and feet. The large fowl chick shares the same colorings and has a light beak but dark feet.

Both males and females share the same brilliant white feather coloring across their entire bodies, the same beak color, and slate black feet.

The male is only distinguishable by his tail plumage, muff and beard, and pea-shaped comb.

White Ameraucana large fowl bantam males and females are both covered in brilliant white feathers across their bodies, back, tails and wings. Both have pronounced tail feathers, with the male having more plumage. T

he female has a white beard around her neck, with the male having a white muff and beard with a red pea-shaped comb on his head. They share the same colored black beak and slate black legs and feet.

Self Blue Ameraucana large fowl males and females have a uniform slate blue plumage covering their entire bodies, including their tails, beards, and muffs. This color is not officially recognized in bantam birds.

The mail has the characteristic red pea-shaped comb on his head, and both the male and female have black beaks with slate black legs and feet.

While these chickens make good poultry for the eggs and meat that they produce, many people raise and keep these chickens as “show” chickens to enter into livestock shows and competitions.

Many such breeders exhibit these chickens at various poultry competitions across the country. Large black Ameruancan’s are the most popular of the breed and are often the most winning variety at these shows because of how pretty their colors are. 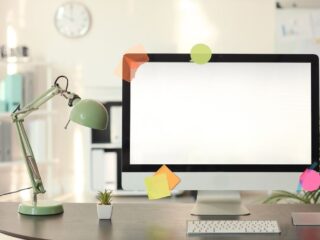 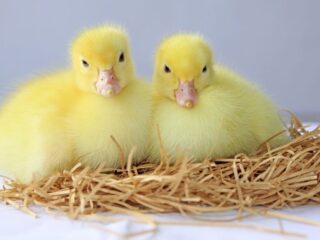 When Can Ducklings Move Outside?
Read Next Post →
Comments are closed.