7 Ways to Tell If a Potato is Bad

A staple in some parts of the world, potatoes are healthy and delicious tuberous vegetables that are readily available in grocery stores. Originally, potatoes were cultivated by natives of the Andes mountains. Today, many varieties of potatoes exist in all parts of the world.

This versatile food can be used in many dishes, so it’s no surprise that most households have potatoes stored in their house.

However, how do we actually know if a potato is still safe to eat? Do potatoes go bad?

If yes, then how would we know if it should be thrown away? For this post, we’re going to answer some of the most common questions about potatoes.

How to tell if a potato is bad

There are factors to consider before we can say if a potato is already bad. To help you understand more, we broke it down into two categories: raw and cooked potatoes.

Raw potatoes are in good condition if they are solid and firm to the touch. You should also check the skin – it should not have large bruises, deep black spots, and other visible blemishes or discolorations.

Below are the signs of bad raw potatoes:

1. Wrinkles and other signs of aging

Just like human skin, potato skin also sags, forms wrinkles, and develops dark spots as it ages. The presence of such inconsistencies is a warning sign that it is not in its best condition anymore. It won’t affect the taste of the potato, however.

When to discard: Discard the potato if it already sags, develops wrinkles, and feels mushy to the touch in order to not ruin other potatoes. Once the potato is in this kind of condition, it should not be eaten anymore.

Raw potatoes should smell earthy, nutty, and starchy. Once it starts to go bad, a potato will have a bitter, musty, and moldy scent.

Sometimes, it can be tricky to know if the potato is still in good condition because it will look fine on the outside, but it is already rotten on the inside.

Therefore, it is important to smell the potatoes first before purchasing them. If it smells different, then don’t buy it.

However, if you already purchased the potato, slice it open to know if only a small part of the potato is spoiled.

Remember, a tiny bad spot does not mean that you have to discard the whole potato. You can just cut the spoiled part and save the part that is still edible.

When to discard: Throw out the potato if most, or the whole potato is already spoiled.

When harvested, potatoes do not completely stop growing. That’s why they form small sprouts, or “eyes,” especially when stored for too long in a humid climate.

Most often, this happens to organic potatoes or those that were developed in the backyard since no chemicals were likely used to grow them. If the potato still smells fresh, you can still eat it. Simply cut off the sprouts before cooking.

However, before the shoots and sprouts appear, green spots are formed first. Green spots are also developed when the potato is stored in an area where it receives direct sunlight.

The green spots mean that there is a presence of a toxin called solanine. Small green spots can be cut off and discarded so that the unaffected part can still be used.

When to discard: Potatoes that have already grown long sprouts, along with the presence of wrinkles and mushy texture should be thrown away.

It’s also recommended to throw away potatoes if there is already a presence of large green spots.

While it is normal for potatoes to be soft and still safe to eat, there’s a limitation on this. If the potato still smells fresh, with no presence of dark spots and blemishes, it is still safe to eat.

When to discard: Discard the potato once it gets too soft and mushy, along with the presence of a rotten smell.

If the potatoes are not stored properly, you may see some mold form on its surface. This happens mostly because of the high humidity and poor temperature where it is stored. Small moldy areas can be removed.

When to discard: Do not use the potato if the greater part of it turns moldy.

Sometimes, it can be trickier to distinguish if cooked potato has gone bad.

1. Strong odor and presence of molds

A foul-smelling potato dish, along with the presence of mold is a clear sign of spoilage. Cooked potatoes that smell bad and have mold should not be eaten anymore and be thrown away immediately.

In some cases, cooked potatoes may already have bacteria present on them without any visible signs. Therefore, it is suggested to consume the dish within four days after it has been cooked.

Before eating, make sure to reheat the dish to kill any bacteria that might have already developed on the dish.

2. Separation of the liquid from the solid

This is especially true for mashed potatoes. In the beginning, you can see a clear liquid above the mashed potato. You can simply mix it back and use it.

How long do potatoes last in the fridge?

The refrigerator is not the best storage for potatoes. However, if you don’t have a cool, dry space to store them, such as a root cellar, then the fridge will be your only safe option.

In general, potatoes will last in the fridge for three to four weeks, although they will form a sweet flavor when cooked.

If raw potatoes have already been sliced, they should be kept in cold water and then refrigerated. They should then be good for the next 24 hours.

Should you store potatoes in the fridge?

Raw potatoes should be stored in a place that is cool and dry, but not in the fridge. This is because storing them in the fridge, or in any cold temperature, can result in higher amounts of sugar.

This can lead to increased levels of acrylamide – a chemical found in starchy foods that are cooked at high temperatures, such as when the potatoes are roasted, baked, or fried.

Acrylamide negatively affects animals since it causes cancer. The presence of such chemicals may also harm a person’s health.

Should you store potatoes in the pantry?

If you don’t have a place that is cooler than room temperature but warmer than the refrigerator, such as a basement, then a pantry or a dark cabinet should be a good choice to store raw potatoes. If stored at room temperature, potatoes could last for up to two weeks.

If you have a pantry with a cooler temperature, potatoes can last longer.

To store, potatoes should be loosely covered in a cardboard box, mesh bag, or paper bag so as to provide better air circulation.

Can you freeze potatoes?

Although cooler temperatures are ideal to store raw potatoes, they should not be kept in a fridge or in a freezer.

This is because the water in potatoes expands and develops crystals which disintegrate the cell wall structures, causing them to be mushy when defrosted.

In addition, storing raw potatoes can cause discoloration, causing them to become brown if exposed to air at freezing temperatures. It is recommended to cook potatoes first before freezing.

Meanwhile, cooked potatoes can be stored in the fridge or in the freezer. They can last longer, about 10 to 12 months if stored in an airtight container before freezing.

On the other hand, french fries should be stored in the freezer. However, it is vital for them to be partially cooked before freezing.

What happens if you eat bad potatoes?

Eating bad potatoes can cause food poisoning. Some symptoms a person may experience after consuming bad potatoes are fever, nausea, vomiting, diarrhea, and stomach cramps.

In more serious cases, it can even cause hospitalization, and in the worst-case scenario, death.

Therefore, you should immediately dispose of potatoes that are already in bad condition to avoid food poisoning.

In the end, the most important thing is not to consume a bad potato. If you’re unsure if the potato can still be consumed, it’s best to throw it away to avoid the risk of food poisoning. 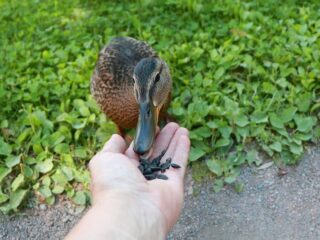 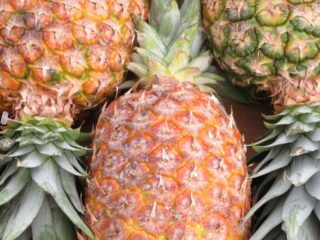