You may have seen or heard about a cow that eats meat. But since cows are one of many animals commonly reared for meat, this might seem a bit odd.

Cows can eat meat, but it is very rare to find them doing this and not particularly safe in large quantities. Cows have been noted to eat carrion, eggs, and birds. When cattle feed on plants, they sometimes eat insects along with the plants.

Although cows sometimes eat meat, they do not need it. Their stomach is tailored to digest plant matter, and the right plants can sufficiently meet dietary requirements.

Let’s take a further look at the circumstances surrounding cattle’s consumption of meat.

Under normal circumstances, cows should not eat meat. They are ruminant animals, meaning they have a polygastric stomach suited for digesting plants.

However, they have been spotted eating meat and other animal matter in various scenarios.

Cows eat the afterbirth of their calves after calving, and this counts as a form of meat.

The inclusion of meat from cattle, sheep, and other livestock in cattle feed is thought to be the source of the prion that causes Mad Cow Disease.

While the inclusion of meat in cattle feed is done to make cows bigger to drive profit, the act is disliked by many.

In some countries, such feeds are banned. In fact, veterinarians advise against giving feed containing meat to your cattle.

When cows eat meat, they do it deliberately on their own. They do not need to be starving to do this and will eat animal matter on their own accord.

Some experts have suggested that a cow’s taste for meat may be driven by the need for certain nutrients.

Animal matter is a very good source of protein and other minerals. According to the experts, when cows lack certain nutrients in their diet, they may go after meat to try to satisfy the deficiency.

Some veterinary doctors have also linked cattle’s taste for meat to disease.

Not all cows will eat meat in their lifetime. Some never get the chance, and most stick with plants as their primary natural diet.

A cow’s ruminant stomach is tailored to digest plants, so when cows eat meat, it remains in their stomach largely undigested. Chances are that this meat will rot in their stomach over time and cause digestive problems.

Rotting meat can destroy the digestive bacteria in a cow’s gut. When this happens, the process of digesting plant matter will be hampered.

The situation might even turn out worse if the cow consumes a large amount of meat at once because it may die. While some cows might seem fine after eating meat, it is not safe for them.

Always try to keep meat and similar animal matter away from your cows. If you notice your cow eating meat, or you suspect that your cow has eaten meat, reach out to a veterinarian.

Are Cows Carnivores, Omnivores, or Herbivores?

Cows are herbivores designed to eat primarily vegetation and plant matter. They are ruminant animals, and they have flat molar teeth. Thus, they are naturally inclined to eating plants.

Some cows might eat insects and small amounts of meat, but this does not make them omnivores. They will not seek meat the same way an omnivore would.

One thing to note is that being a carnivore, omnivore, or herbivore is not all or none. Some animals belonging to each of these classes sometimes eat outside their usual tendencies.

What Happens if You Feed a Cow Meat?

You should not feed meat to a cow. If you do, you may hurt the cow. Although some cows experience no outwardly negative symptoms after eating meat, it remains dangerous to them.

We earlier stated that eating meat can cause digestive issues in cows. If a cow consumes meat in excessive amounts, it could die.

Another thing that could happen if a cow eats meat is Bovine Spongiform Encephalopathy (Mad Cow Disease). If your cow consumes meat or any part of an animal infected with the prion, then they can get the infection, too.

When your cows get infected, they may not show symptoms right away but will ultimately die from the disease.

If your cow gets Mad Cow Disease, you can become infected, too. This is very likely because infected cattle can remain asymptomatic for up to 8 years.

The variant of Mad Cow Disease in humans is called variant Creutzfeldt-Jakob Disease (vCJD). This disease affects the neural system, and an infected person may experience unusual sensations and behavioral changes.

As the disease progresses, the infected person may also experience dementia and incoordination. Then they may slip into a coma and die.

When it comes to feeding your cows, you have many options that are not meat. These options are safe, and your cows will also love them.

The following are foods safe for your cows to enjoy eating:

Cows will eat meat, but you should not let them. Meat is not safe for cows because they can get an infection or digestive issues from consuming it. In either case, they may become sick and die or pass an infection on to you. 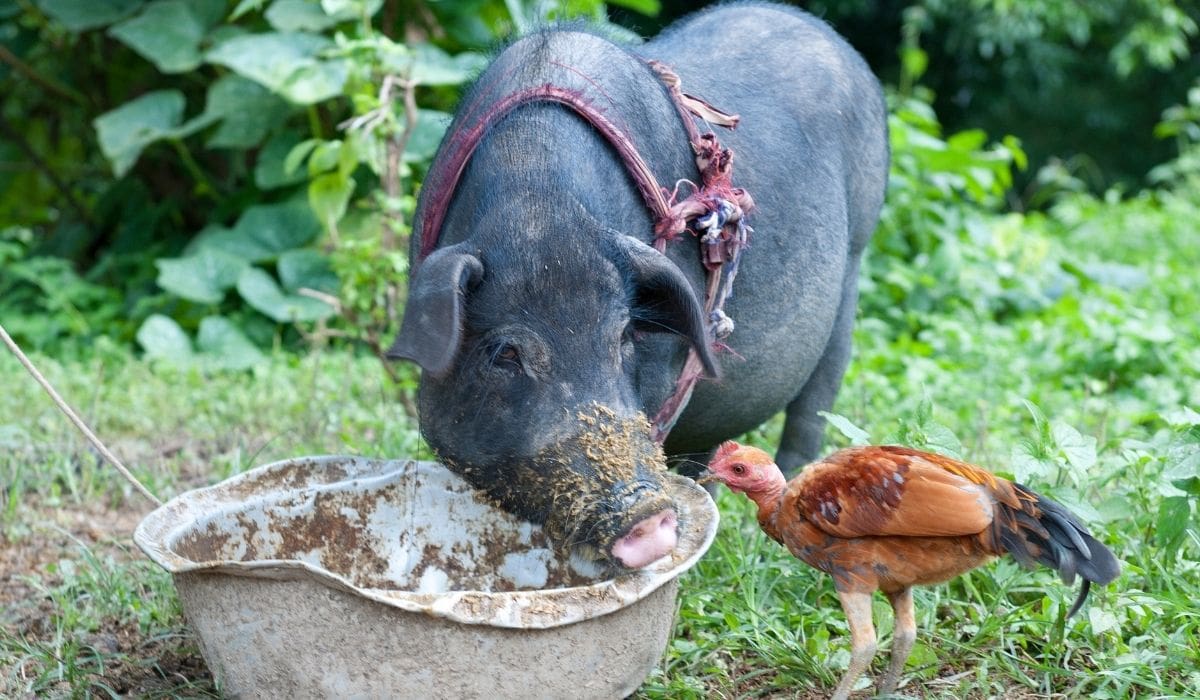 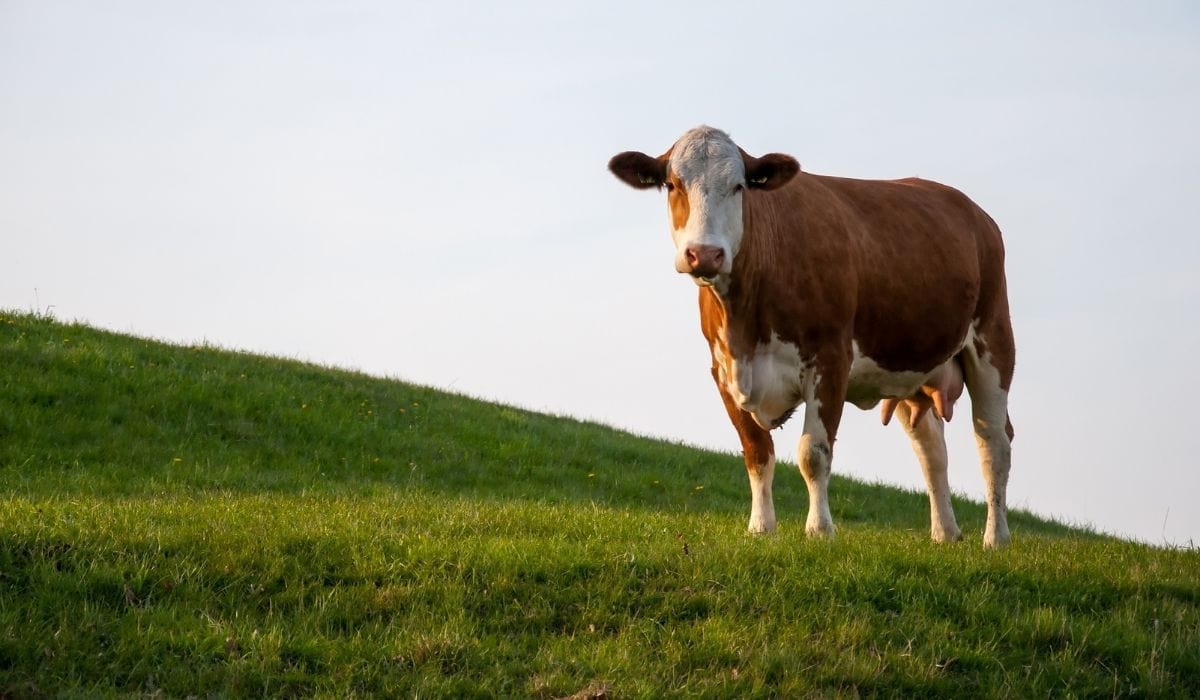 Can You Have Just One Cow? Is It Cruel?
Read Next Post →
Click here to cancel reply.